Three times this year, major pieces of U.S. infrastructure have failed: first the Texas power grid, then the East Coast’s main gasoline pipeline, then a freeway bridge over the Mississippi River. The crises disrupted businesses and lives, cost billions and left more than 150 Texans dead.

It wouldn’t have stopped the hackers who shut down the Colonial Pipeline for days, closing gas stations across the Southeast. While the hack may push the federal government to enforce pipelines’ cybersecurity, the administration bill is silent on that issue. 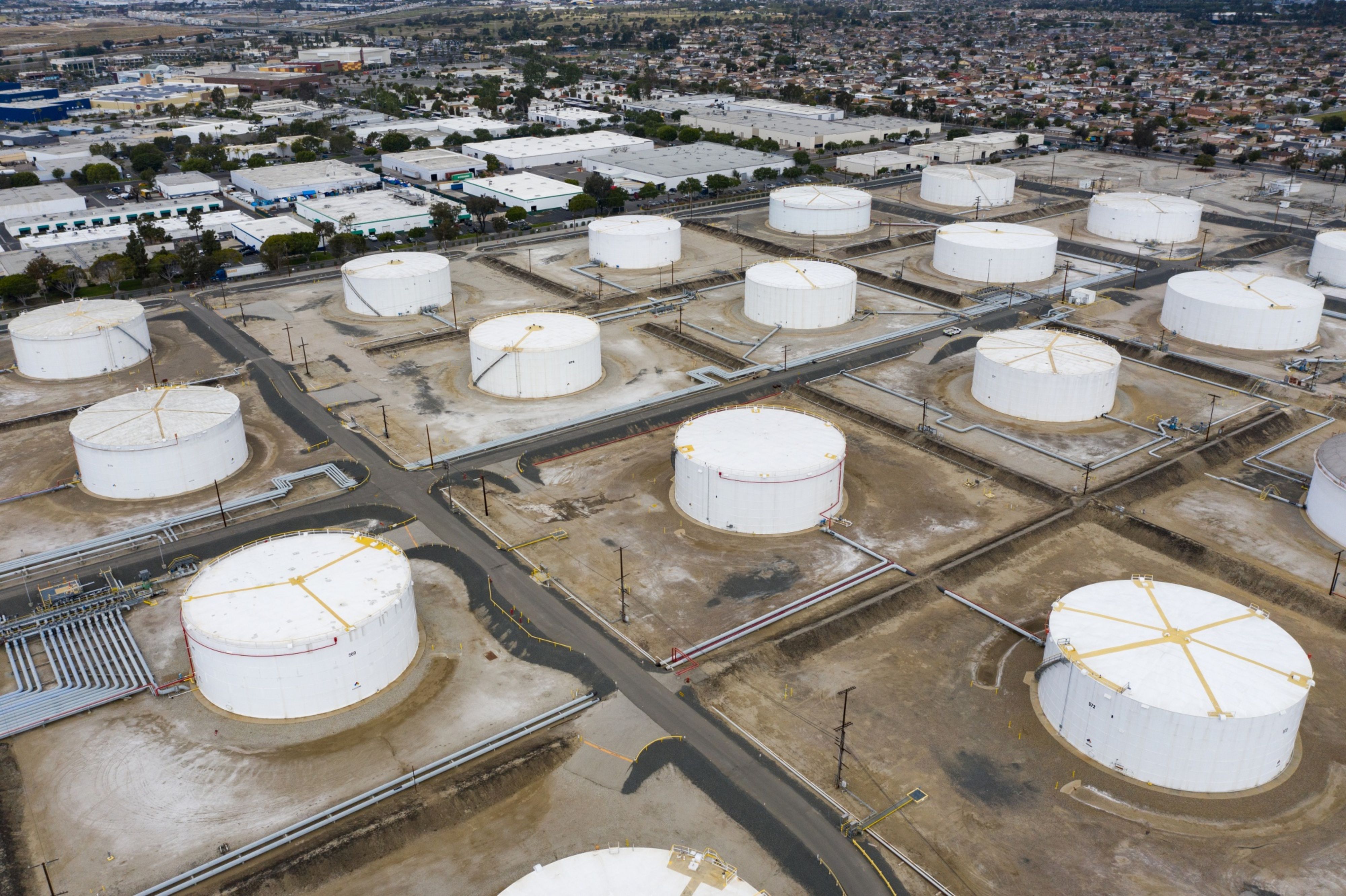 Tennessee officials could have applied under Biden’s plan for funding to repair Memphis’s Hernando De Soto Bridge, where the discovery of a cracked and almost-severed steel beam last week closed the Mississippi to barge traffic. But inspections failed to register the damage, even though it’s visible in drone footage from 2019.

As for Texas, the White House says part of the administration plan could help weatherproof the electrical grid. But it’s unclear whether that funding would extend to power plants and gas pipelines that malfunctioned during February’s brutal cold snap, plunging millions into darkness. The companies that own those plants and pipes had ignored previous warnings to weatherize, deeming the work too costly.

The recent failures illustrate just how many ways the patchwork systems can break. Experts say they also illustrate a long-running flaw in the way the U.S. thinks about and pays for infrastructure: The country focuses more on building new things rather than maintaining what it has.

Much of the current debate in Washington has hinged on what actually counts as infrastructure in Biden’s plan: Child-care centers? High-speed internet? But the arguments overlook the fact that neither public officials nor the invisible hand of the market has kept our existing steel and concrete intact.

“We are not lacking financial resources here in the United States, in the slightest, to make the investments we need to avert many if not most of the most extreme infrastructure consequences,” said Adie Tomer, a fellow at the Brookings Institution. “All three of those examples are ones where we had the resources to avoid failures. It’s prioritization.”

There’s also the question of who controls spending — government, private industry or a combination of the two. All three approaches have blemished records, with public officials and corporate executives alike forgoing work for their own reasons. Republicans have balked at the scope of Biden’s proposal, and are expected to offer a narrower alternative that would promote partnerships with companies. Interest on both sides of the aisle may yield a deal despite the hyperpartisan climate. 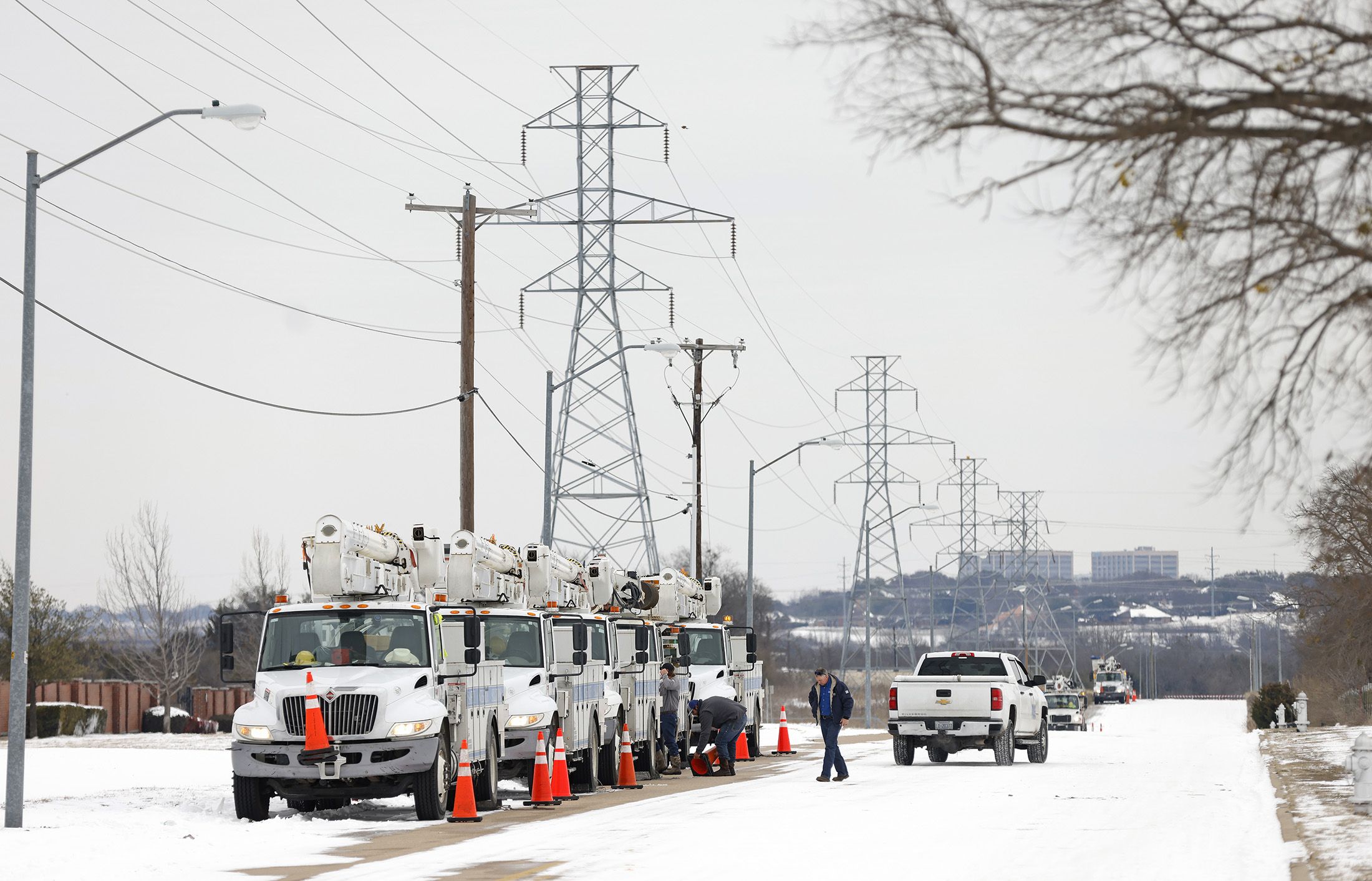 “There’s as much urgency as we have ever had, at least in recent years, because Biden has focused on it,” said Greg Regan, president of the AFL-CIO’s Transportation Trades Department. “It’s very rare you see a president set a goal in his first term and he isn’t going to do everything in his power to make it happen.”

Making up for deferred public spending is one reason the Biden plan carries such a hefty price. Government officials famously love to be seen opening a new bridge or road but often don’t give maintenance the year-to-year funding it needs. Repaving streets or replacing tainted water pipes don’t always seem like priorities.

“One of the easiest things to defer, if your state or locality is having a bad budget year, is maintenance on your infrastructure — ‘We’ll do it next year,’” said R. Richard Geddes, founding director of the Cornell University Program in Infrastructure Policy.

The private sector’s record is little better. The Texas power plants and gas pipelines knocked out in the February storm are, like most of America’s energy infrastructure, privately owned. When a similar cold snap 10 years ago triggered blackouts, owners were warned to winterize their plants and pipes. No one in the state’s government forced them to do the work.

The Colonial Pipeline also is in private hands, even though it’s essential to the U.S. economy. The 5,500-mile system, which supplies almost half the fuel consumed on the East Coast, is owned by an arm of Koch Industries, a Royal Dutch Shell Plc unit and a group of fund managers. The owners are responsible for protecting it from cybercrime, like the ransomware attack that forced the pipeline’s closing last week, shuttered gas stations and prompted fuel-hoarding. The owners paid $4.4 million to end the attack.

Biden’s plan calls for boosting cybersecurity on the electricity grid, through $20 billion in grid modernization block grants. But the federal government doesn’t oversee cybersecurity of gas pipelines. A manufacturing trade group this week called on Congress to fix that by giving the Federal Energy Regulatory Commission authority over pipeline cybersecurity and setting mandatory requirements for operators. Energy Secretary Jennifer Granholm said Wednesday that the federal government may need to impose such standards.

“One wonders whether it is time we match what we are doing on the electric side with what we do on the pipeline side,” Granholm told a congressional panel.

Biden’s plan does focus much spending on repairing government-owned infrastructure that has slid into disrepair. The ill-starred De Soto Bridge illustrates why.

On May 11, an inspector spotted a gaping crack in a beam beneath the bridge, which carries I-40 over the Mississippi River near Memphis, Tennessee. Auto traffic was halted, and the Coast Guard closed the river below. More than 1,000 barges, carrying grains and soybeans to New Orleans for export, lined up along the banks.

The Coast Guard let barge traffic resume Friday morning, but the timeline for restarting vehicular traffic over the span, where thousands of trucks typically cross each day, remains undetermined.

Tennessee Governor Bill Lee, a Republican, criticized Biden’s plan for designating only 5.6% of funds toward bridges and roads. “While Congress ponders the definition of infrastructure, we call upon the federal government to prioritize the safety of actual roads and bridges,” Lee said in a release.

Emilie Simons, a spokeswoman for the White House, said the administration’s plan would help.

“This bridge is the kind of regionally significant bridge that could be considered for funding under the large bridge program proposed by the American Jobs Plan,” she said in an email. “This is just one example of our nation’s significant and growing infrastructure needs resulting from decades of declining federal investment.”

Tomer of Brookings said he sees signs that officials in both parties are starting to understand the need for a different approach, one that focuses more on outcomes rather than simply building something new.

“These are generational, cultural changes that we need,” he said. “There’s too much of a ‘manifest destiny’ mindset in American infrastructure — this idea that we will inherently grow outward. And that is not appropriate for the economic, demographic or environmental moment we live in.”