The thousands of people driving those ubiquitous Amazon-branded blue vans aren’t employed by the Seattle leviathan. They work for small, independent businesses with contracts to transport packages for Amazon. But that hasn’t stopped the company from dictating the state of their fingernails — and a whole lot more.

“Personal grooming must be maintained at an acceptable level, including but not limited to prevention of unpleasant breath or body odor, modest perfume/cologne, and clean teeth, face/ears, fingernails and hair,” Amazon.com Inc. says in a recent version of its policies governing these small delivery companies, or what the company calls Delivery Service Partners. The document, reviewed by Bloomberg, also requires that drivers refrain from “obscene” social-media posts, undergo training programs approved by Amazon, follow instructions from Amazon’s delivery app and be drug tested whenever Amazon representatives ask.

The DSPs are required to adhere to Amazon’s policies, which the company can unilaterally change whenever it wants, according to a recent contract also seen by Bloomberg. They also have to provide Amazon physical access to their premises and all sorts of data the retailer wants, such as geo-locations, speed and movement of drivers — information the company says it has the power to use however it wants.

For several years, Amazon has sought to bring order to its farflung delivery operations, which were plagued by accidents, complaints about thrown packages and infamous incidents such as the time a contract driver relieved herself in a customer’s driveway. But in exerting more control over these workers, legal experts say, the company has created legal risks for itself. Amazon has chosen not to directly employ DSP drivers, an arrangement that shields it from costs and liabilities the work incurs. Amazon’s growing sway over its delivery partners, however, could convince courts and government agencies that the company is actually a “joint employer” or “vicariously liable” party.

“Amazon seems to want to have its cake and eat it too — to have all the control of an employment relationship, without bearing the costs,” said University of Miami law professor Andrew Elmore, who investigated employment cases as a section chief in the New York Attorney General’s Office. “These documents provide an important signal to courts and to government agencies that this is a relationship to look at.” 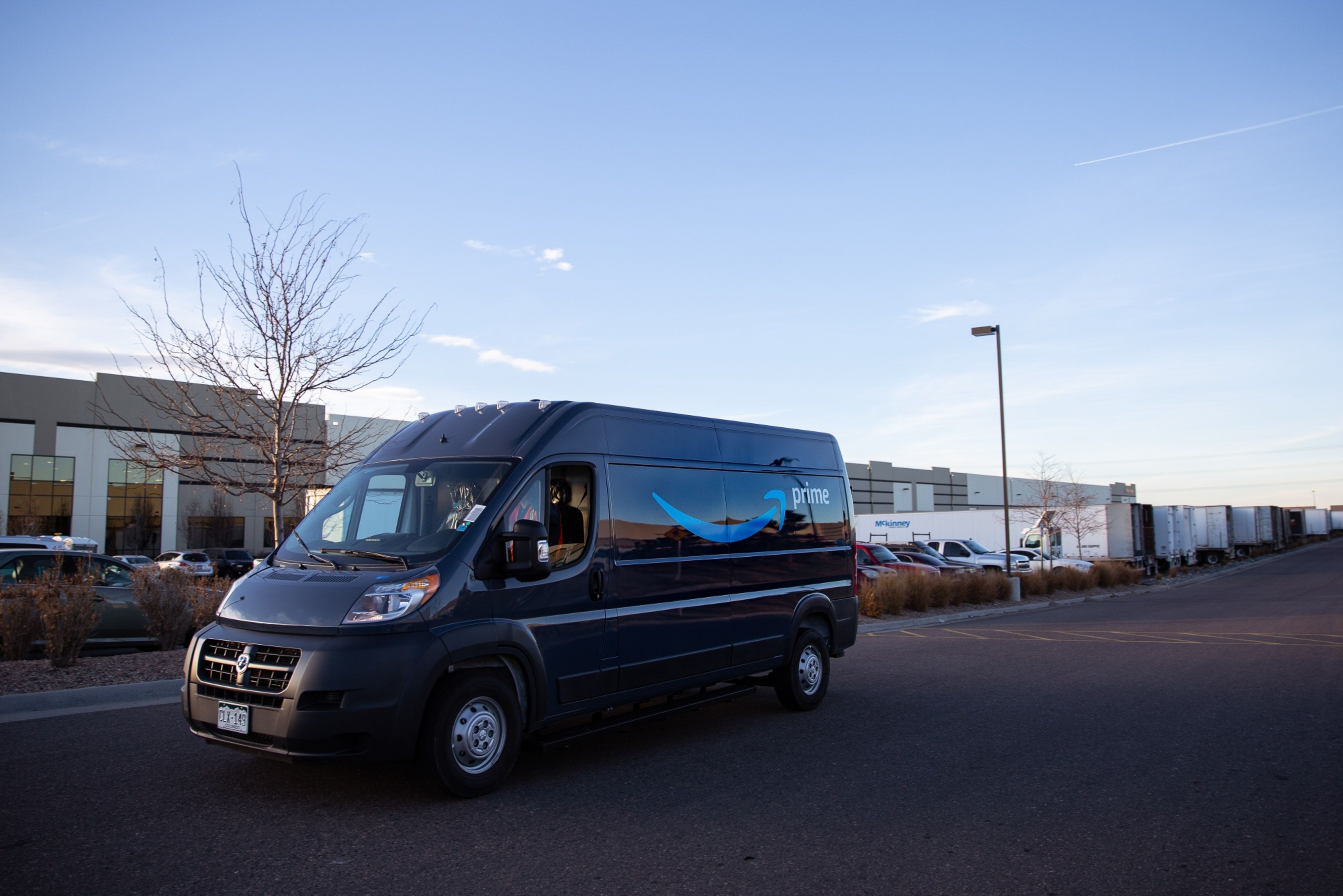 Amazon is hardly the only company to use such a “fissured” labor model: Franchised, sub-contracted or ostensible contract workers staff most McDonald’s restaurants, have become the majority of Google parent Alphabet’s workforce, are a linchpin of FedEx’s business model and powered Uber’s rise from startup to corporate giant and verb.

But the labor model — and Amazon’s in particular — is expected to get a closer look in President Joe Biden’s Washington. Critics have long argued that the company’s stringent delivery standards exacerbate the risk of accidents that can hurt or kill people. Under their agreement with Amazon, DSPs are obligated to “defend and indemnify” the company in cases involving acts by their drivers, including those involving “death or injury” to any human being. David Weil, the Obama administration’s top wage regulator and the author of a landmark book on the dangers of “fissured” work arrangements, is in line to be nominated for his former post at the U.S. Labor Department, Bloomberg Law reported, citing multiple sources familiar with the process.

Amazon’s labor arrangements have already been challenged in court, both by drivers seeking to hold the company responsible for unpaid wages, and by victims of collisions who charge that Amazon is responsible for their injuries. Earlier this year, the company agreed to pay $8.2 million in a class-action settlement to resolve Seattle-area DSP employees’ claims of missed breaks and overtime pay without admitting wrongdoing. Amazon is facing similar complaints in a handful of other states. In March, California's Labor Commissioner fined Amazon and Green Messengers Inc., a Southern California DSP, $6.4 million for wage theft. The companies have appealed.

Company spokesperson Rena Lunak said in an email that “the suggestion Amazon is seeking to avoid responsibility for delivery drivers is wrong.” She went on to commend the DSPs for their ability to tap into local communities and hire great drivers while taking advantage of Amazon’s logistics experience, technology and support services. “We’re proud that our program has empowered thousands of small businesses to create tens of thousands of jobs with competitive wages of at least $15 an hour and comprehensive benefits,” Lunak said.

Amazon became the world’s largest online retailer, in part, by promising shoppers quick delivery, handing off items stored at warehouses to United Parcel Service Inc. and the U.S. Postal Service for the trip to customer doorsteps. The company about a decade ago started building its own capacity to move goods in an effort to accommodate its frantic growth and reduce its reliance on other companies. Today, Amazon is its own largest mailman, delivering more than half of its own shipments.

To meet the task, Amazon turns to two groups of drivers: Amazon Flex workers, who like their Uber or Instacart counterparts are classified as independent contractors exempt from U.S. employment laws; and DSP drivers, who are classified as employees of local logistics companies. Amazon started the DSP program in 2018, pitching it as a way to support small entrepreneurs. Previously, the company relied on regional logistics providers, who transported packages with their own fleet of mostly generic delivery trucks. As the new, branded DSP program rolled out, the company cut ties with the regional firms in favor of these new startups that worked almost exclusively for Amazon. The company last year said there were more than 1,300 DSPs across North America and Europe, employing 85,000 people. 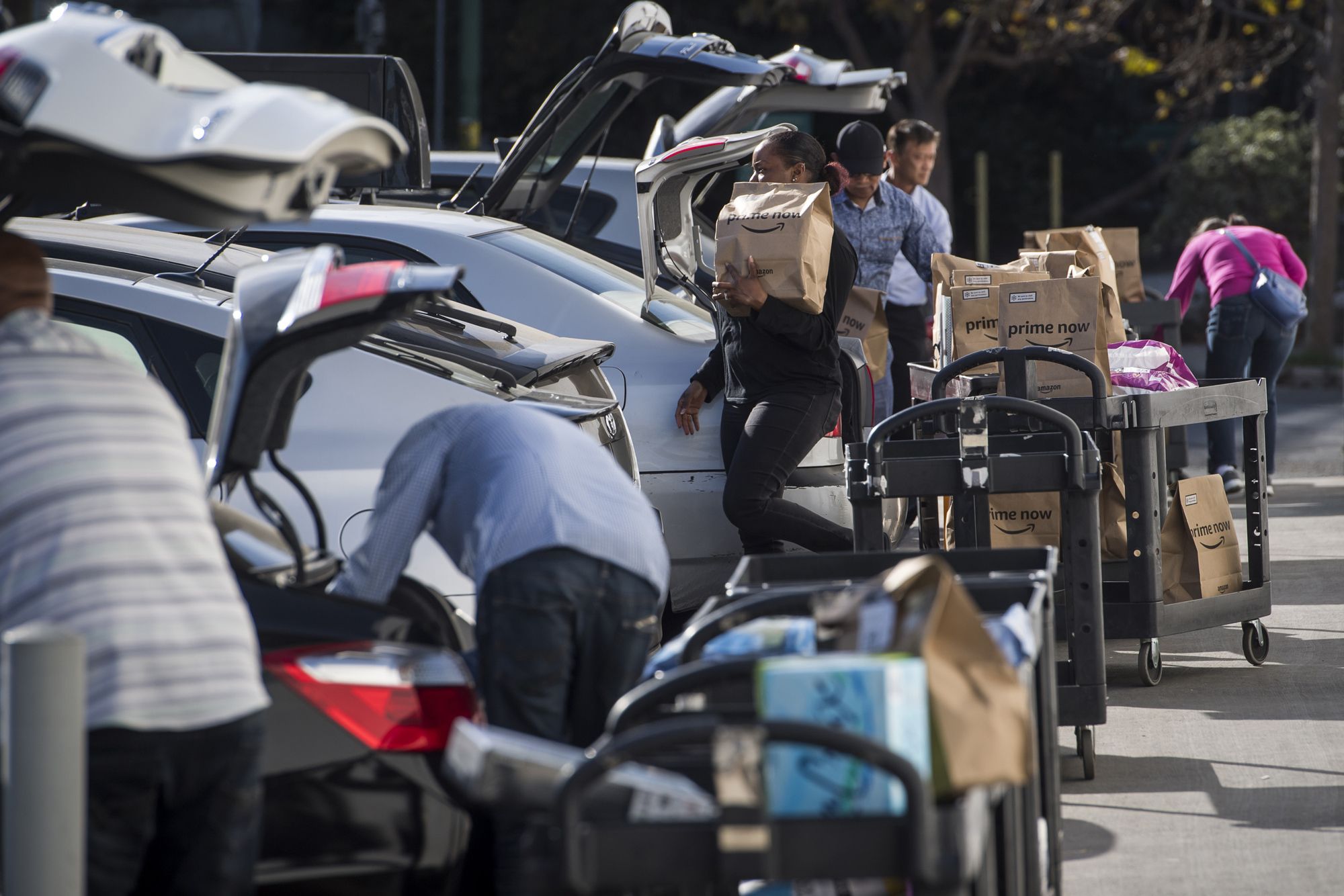 As part of an aggressive social-media response to allegations that the company treats its workers poorly, Amazon's @amazonnews Twitter account in March denied that workers lacked time for bathroom breaks. “You don’t really believe the peeing in bottles thing, do you?” the company said, responding to a tweet from Representative Mark Pocan, Democrat from Wisconsin. The post brought quick rebuttals from drivers on social media and in news articles, with many describing having to relieve themselves in the back of trucks or clean up after others who did. Amazon later walked back the statement and apologized to Pocan, saying the tweet was incorrect and “did not contemplate our large driver population.”

Amazon’s recent DSP contract, and the policy it requires those companies to follow, includes several provisions shielding the retailer from liability or further embarrassment. DSPs are required to have policies on “employment at-will,” the discretion of management to fire workers for almost any reason or with no stated reason at all. DSPs can’t issue press releases about their Amazon work without the company’s permission. DSPs must handle any disputes with Amazon through individual arbitration hearings rather than class-action lawsuits and must require their drivers to do the same. If DSPs get sued, Amazon has a veto over legal settlements and the option to commandeer the companies’ defense. Amazon is specifically indemnified from liability for death or injury. DSPs must make their employees sign non-disclosure agreements and are also obligated to safeguard Amazon’s information. (The DSPs are required to keep the contract itself confidential too.)

The retailer, on the other hand, is contractually guaranteed the data it wants from DSPs and retains the right to physically inspect their premises or make them hand over data — not just while servicing Amazon, but also for another three years after parting ways. DSPs’ data gets used in part to score their performance on metrics such as employee retention and successful deliveries, which Amazon can use to reward some DSPs with bonuses and terminate underperformers. Amazon can also punish DSPs with cancellation fees that it determines and restricts them from terminating their relationship during its busy months of November or December.

The Obama administration adopted broader interpretations of a “joint employer,” a company with sufficient control over a group of workers to be legally liable for their treatment, despite not signing their paychecks. Obama’s National Labor Relations Board general counsel prosecuted McDonald’s as a joint employer in a years-long case about alleged retaliation against “Fight For $15” activists at franchised stores, which Trump appointees later voted to settle without finding the burger chain itself liable. (McDonald’s denied wrongdoing.)

Trump appointees at both the labor board, which enforces organizing rights, and the U.S. Labor Department, which enforces wage laws, issued regulations taking a more business-friendly view, saying that having authority over workers doesn’t make a company a joint employer unless it meets narrower criteria such as setting their specific pay rates. Biden’s Labor Department has already started the process of rescinding Trump’s rule — which was also rejected by a federal district court — and by the fall Democrats are slated to have a majority on the labor board, where they could do the same.

Legal experts said the terms in Amazon’s DSP contract and policies would give plaintiffs and prosecutors a strong case for holding the company responsible under laws governing when a company is “vicariously liable” for harms such as auto accidents as well as deeming the retailer a joint employer under state and federal laws — especially if Biden appointees enact tougher rules.