Home » Get Shots or Get Out, U.S. Employers Are Telling Workers

Get Shots or Get Out, U.S. Employers Are Telling Workers

Vaccine mandates are beginning a march across the U.S., constricting the places that people who have shunned the shots can work, shop and play.

CVS Health Corp. this week mandated shots for corporate employees and those working with patients, while Chevron Corp. and Hess Corp. added requirements for employees on oil platforms in the Gulf of Mexico. Walt Disney Co. announced a deal with its roughly 40,000 unionized theme-park workers in Florida. Delta Air Lines Inc. said Wednesday that it would levy a monthly $200 charge on workers who refuse to protect themselves.

Delta’s announcement came a week after Deutsche Bank AG told employees that they would only be allowed onto its U.S. trading floors if they were fully vaccinated.

Such stringent requirements had been relatively rare in the U.S., as companies and politicians tried to avoid angering a significant segment of the population hostile to vaccines and other health measures. But President Joe Biden this week encouraged public and private sector employers to crack down. The FDA approval emboldened them to demand that workers and consumers get shots or get out.

In government, 19 states, plus the nation’s capital and Puerto Rico, are already requiring at least some workers to be vaccinated or undergo regular testing. Ohio State University said Tuesday that faculty, staff members and all of its almost 60,000 students must be vaccinated by Oct. 15. 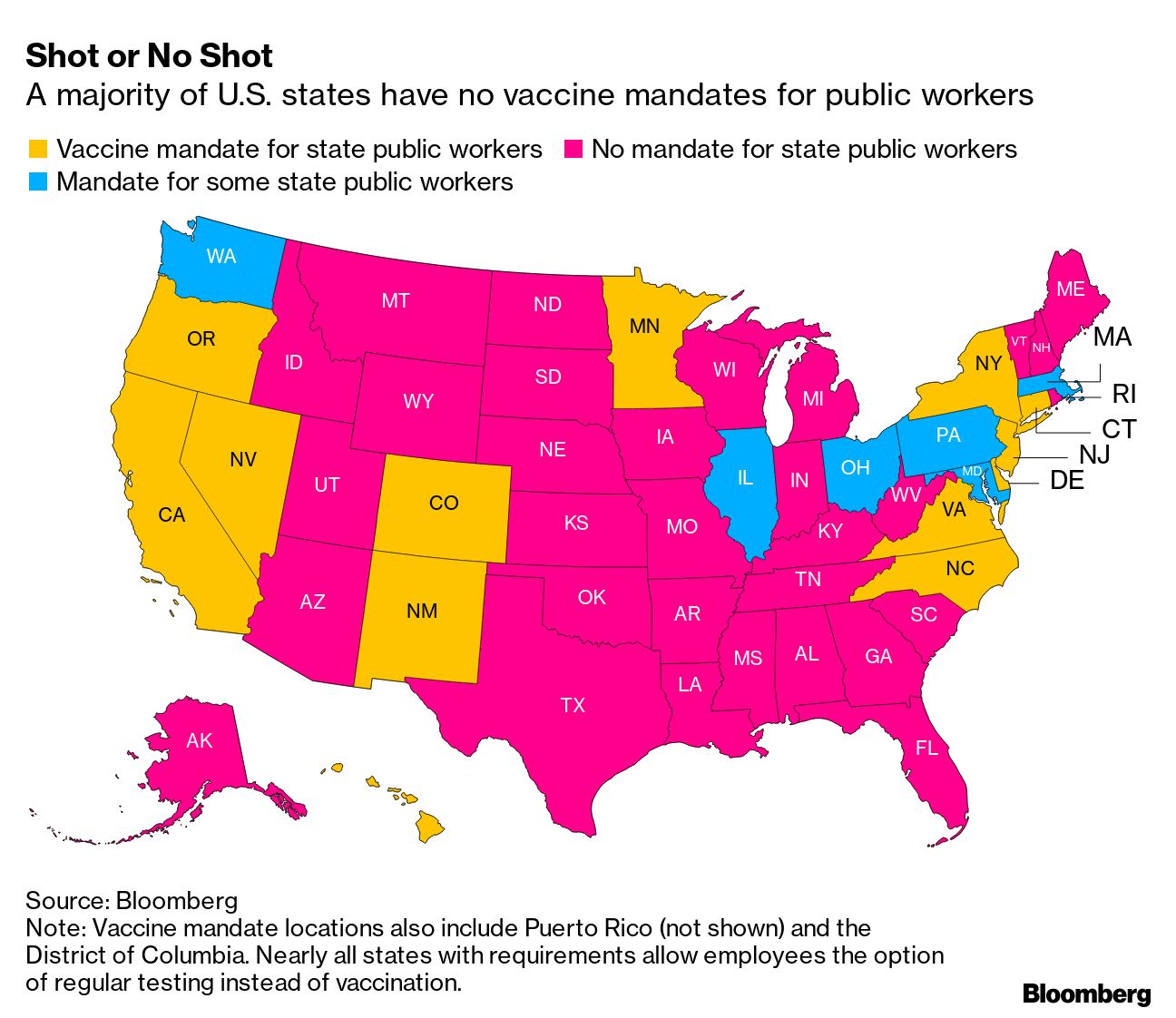 Sandra Crouse Quinn, a professor in the University of Maryland’s School of Public Health, said she expected an “avalanche” of similar moves among public and private institutions. “Companies and universities believe that they have a stronger leg to stand on to mandate vaccines,” she said.

The U.S. is reaching a critical juncture, with the emergence of the highly infectious delta variant and more than 100 million eligible residents still not fully vaccinated. Alarming surges of hospitalizations in Florida and the Deep South have dispelled any lingering perception that current levels of immunity were enough to emerge from the pandemic.

Gerald Harmon, head of the American Medical Association, said society’s fight against Covid could drag on for years: “The way to regain the upper hand in this fight is requiring vaccinations — specifically vaccine mandates,” he said.

Disney, the world’s largest entertainment company, said last month that it would require vaccinations for all nonunion employees coming to the office or working at its parks. The company continues to negotiate with its other unions. In a statement, Disney said the vaccine is the “best way to protect each other.”

“Disney is not foolish,” said Quinn, the Maryland professor. “They need to make sure they have a healthy workforce so they can maintain their business.” 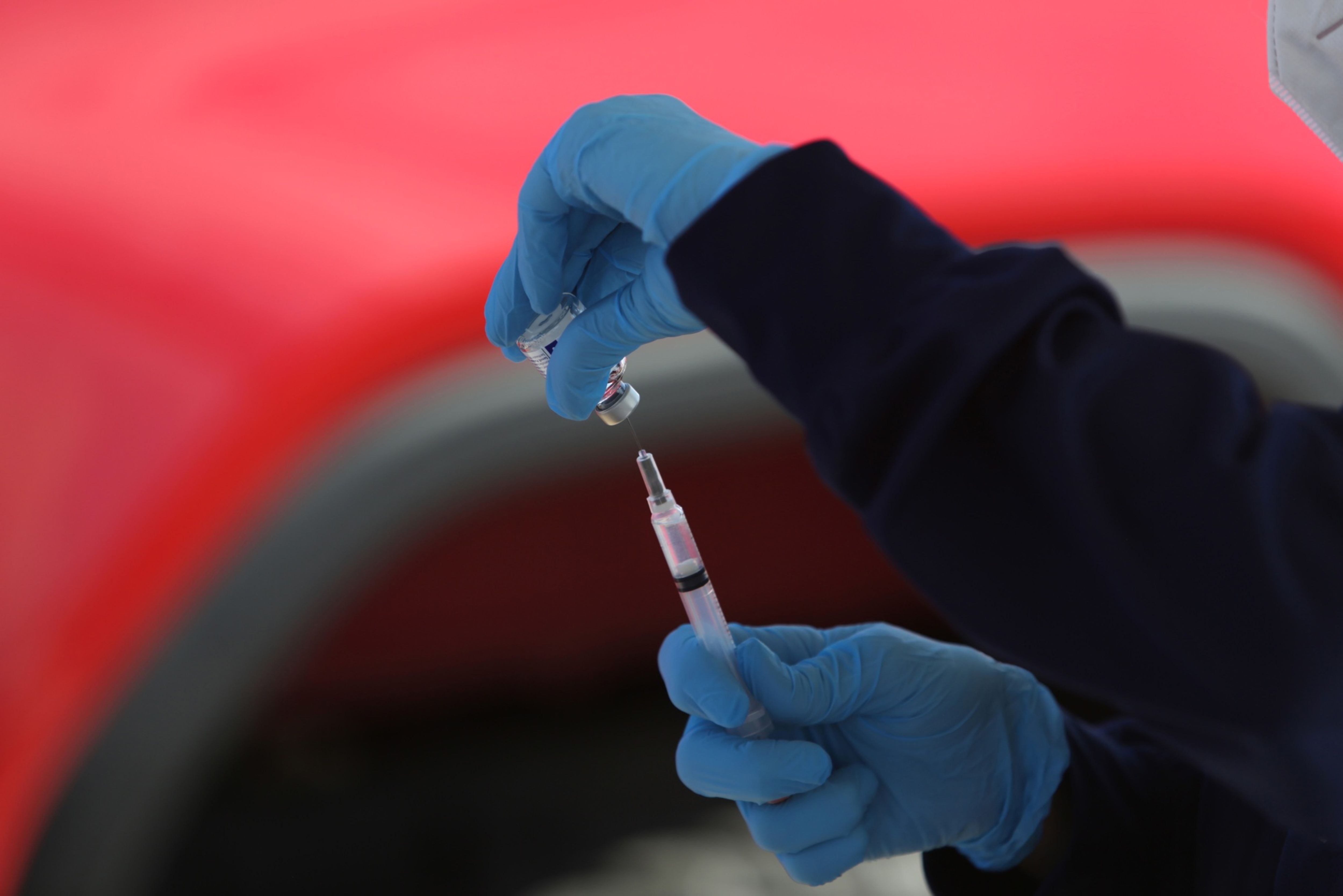 Even before the FDA announcement, many companies had begun stepping up their requirements, at least in major offices. Companies including Facebook Inc., McDonald’s Corp. and Citigroup Inc. instituted vaccine mandates for office workers. Walmart Inc., the largest private employer in the U.S., is requiring headquarters and regional staff to get shots by Oct. 4.

Many retail and restaurant employees who interact with customers still don’t have to get a shot. The differing restrictions for separate classes of workers lead to working conditions reminiscent of pandemic’s harrowing early days — white-collar employees enjoying a more comfortable, controlled environment while blue-collar colleagues labor where they’re more vulnerable to infection.

Some companies are seeking a middle ground to avoid weakening morale or prompting staff defections amid a tough hiring climate. Options being explored include surcharges on health-care premiums, as some companies already do for smokers, or denying free coffee, fitness rooms or other perks to the unvaccinated, according to human-resources consultants.

The companies confront stubborn resistance. A KFF COVID-19 Vaccine Monitor survey of 1,517 U.S. adults taken July 15-27 showed about 10% of Americans were still in “wait and see” mode on the vaccine. Another 3% would only get it if required, while 14% would not get it under any circumstances. About 20% of Republicans completely reject the vaccines, versus about 5% of Democrats.

The opposition has been enabled by social media misinformation, conservative television and GOP politicians, who were loath to lose the anti vaccination parts of their base. This weekend, even former President Donald Trump was booed during an Alabama rally when he advised attendees to get their shots. He swiftly pivoted to talking about citizens’ rights.

With the more-infectious delta variant circulating, the U.S. needs aggressive policies on vaccines to ensure the country doesn’t have to return to lockdown policies, said Danielle Ompad, associate professor of epidemiology at New York University’s School of Global Public Health. “In order for us to stay open, we really need cooperation,“ Ompad said.

Speaking Monday after the Pfizer approval, Biden said he hoped the FDA’s move would ease vaccine hesitancy and give companies the confidence to act. He noted that many Americans had used the lack of full FDA approval as a reason to avoid the vaccine. For them, he said, “the moment you’ve been waiting for” has arrived.

Mandates are a crucial tool to making the nation and its economy function again, Labor Secretary Marty Walsh said in an interview last week.

“We have to do everything we can that’s within our control to keep people safe,” Walsh said. “And what’s in our control today is masks, is physical distancing, is washing hands, is getting vaccinated. We know: The science has told us that it works.”