Feeling a bit cheated when you look down at your plate? It’s not just a figment of your imagination — portions at U.S. restaurants are indeed getting smaller. Call it shrinkflation: when sizes shrink, but you’re paying the same price, or sometimes even more, for the meal or product.

America’s restaurants are in the same boat as the rest of the country, battling the soaring food and fuel costs that recently helped send U.S. inflation to a 40-year high. Eateries have hiked prices, too. Government data last week showed costs for food away from home have climbed 7.2% over the past 12 months. But now, restaurant operators are starting to worry about how much more they can raise the tab before diners start to balk, especially for something that’s considered optional spending.

So companies are instead coming up with some behind-the-scenes strategies to crimp costs, hence the shrinking portions. At Subway Restaurants across the U.S., rotisserie chicken wraps and sandwiches have less meat. Domino’s Pizza Inc. has cut down orders of boneless wings from 10 pieces to eight, and diners at Burger King will see the same reduction for their nugget meals. The side cups of salsa are getting smaller at Salsarita’s Fresh Mexican Grill. And in Southport, North Carolina, the 1-pound salads at Gourmet to Go are now 2 ounces lighter.

“Yes, it’s inflation going on,” said Carolyn Gherardi, owner of Gourmet to Go, a small single-story shop with a front porch and a yellow door that offers customers grab-and-go “homestyle” meals. For now, she’s holding the price steady on those salads at $6.95.

“We’re trying to keep the cost the same, but in essence it’s less value,” she said. 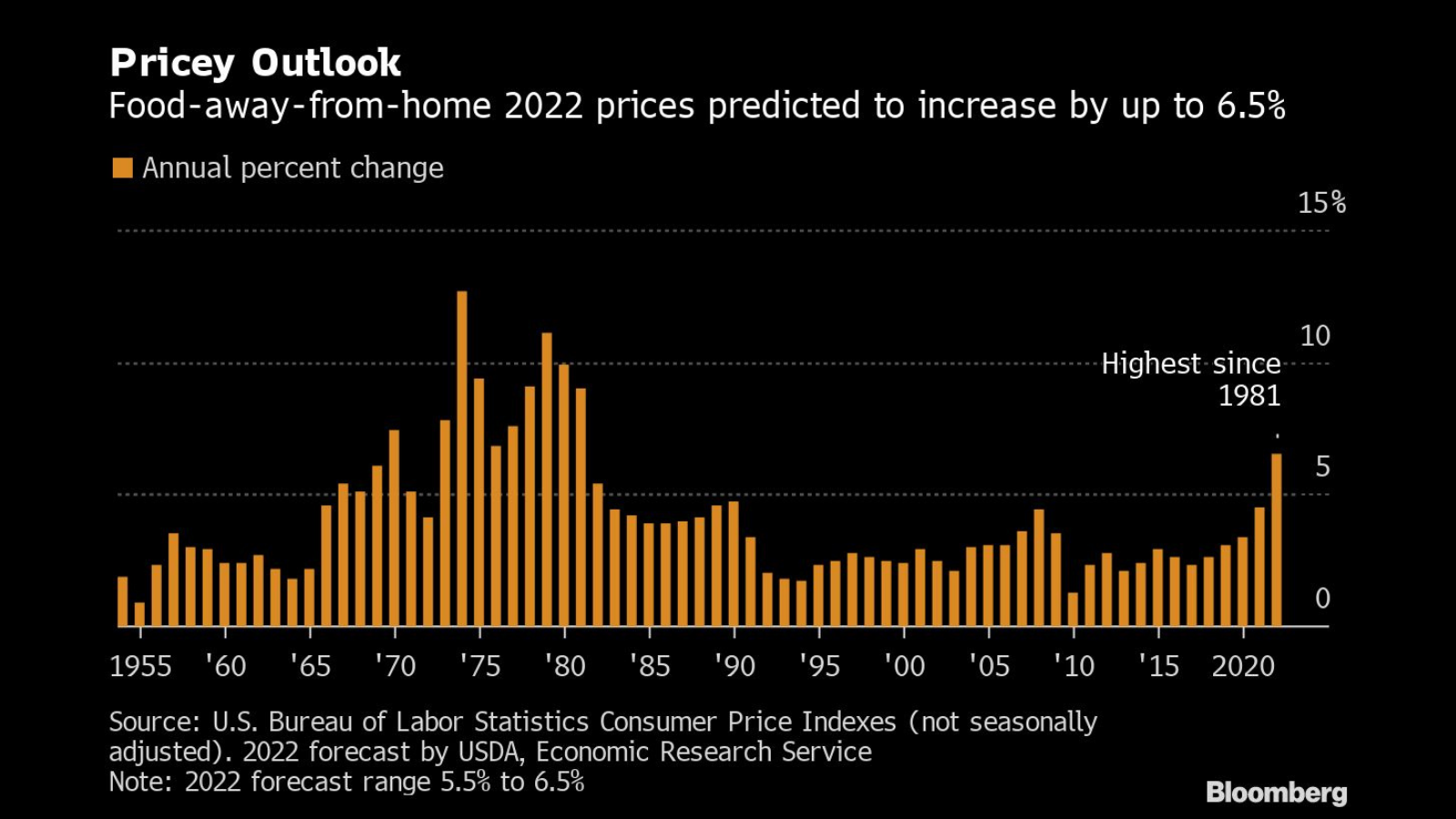 Restaurants are betting that consumers won’t mind a few fewer fries, or a little less filling on their sandwiches as much as they would grumble about seeing yet another price increase. It’s a strategy that tends to work because of how our brains compute — or don’t compute — the changes, said Nailya Ordabayeva, a marketing professor at Boston College.

“People tend to underestimate changes in object sizes,” she said. “It’s pretty convenient for companies to actually move size, move around size, more than they do price, because people do notice price changes more.”

Astute grocery shoppers will know that shrinkflation isn’t new. Switching to smaller sizes is an age-old technique to deal with tighter margins, especially for makers of packaged goods. But food costs are rising so rapidly right now that the practice is becoming more widespread, hitting restaurants and supermarkets.

In February, non-dairy cheese maker Daiya Foods got rid of its 8-ounce (227-gram) package size of vegan shreds to make room for a slightly different product that’s only 7.1 ounces. Gatorade has made a similar move, recently phasing out its 32-ounce bottles to just sell its 28-ounce version. Consumers on the r/shrinkflation subreddit forum have posted pictures of examples like smaller bags of chips, shrinking soap bars and lighter bottles of lotion.

Not even your toilet paper is safe. Speaking with AARP, Edgar Dworsky, founder of Consumer World, said that major brands have cut the number of sheets that come on a roll.

Sometimes companies are attributing the changes to things like supply chain issues or even consumer preferences. Gatorade, for example, says part of the reason for the smaller bottle size is that it’s easier to grip. Subway said reductions for the rotisserie-style chicken sandwiches “reflect our ongoing evolution to improve our offerings and are not in response to inflation.”

Consumers suspect a bit of foul play, assuming that eateries aren’t being straightforward. About 56% of U.S. diners say they would be more willing to pay a little extra if restaurants clearly explain why prices are rising, according to a survey commissioned by MarketMan.

Why Restaurants Switch to Cheaper Cuts of Meat

On top of tinier portions, restaurants are also taking other measures to battle rising costs, like swapping out regular proteins for lesser cuts.

When Salsarita’s head of operations heard about the nearly 26% price hike coming for steak, it was too much to stomach. The company went with a less-expensive cut of beef, opting to use ball-tip steak instead of tri tip. The swap brought that increase down to about 22% — still a staggering jump, but a little easier on the mostly franchised chain of 85 units. Now, the company alternates between the cuts, depending on what’s available and what’s cheaper.

“I feel like we were pretty fortunate because some of that conversation was, ‘Do we take that increase? Or do we sit it out and take steak off the menu?’” Chief Operating Officer Merrick McKinnie said. “We were able to drop that cost down, saying we’ll use either one.”

The Charlotte, North Carolina-based chain has also turned a supply chain issue into a cost-cutting solution. After having trouble getting the standard 4-ounce plastic cups it uses for servings of salsas, queso and sour cream, the restaurants are often using 3.5-ounce versions instead. The half-ounce reduction doesn’t upset customers, and now the company is considering a permanent shift lower, McKinnie said.

How Less Food Waste Can Help

At J. Alexander’s, a chain of about 20 steakhouses, the trimmings from the filet mignon used to get trashed, but now chefs are grinding up those extra pieces of beef to make cheeseburgers. They’re also putting them in other newly created dishes such as carne asada tacos, “because of inflation,” Chief Executive Officer Jim Mazany said.

Consumers are likely to see more shrinkflation and cost-cutting measures in the months ahead, since price pressures aren’t going away anytime soon. The U.S. Department of Agriculture now expects retail food prices to gain 5% to 6% this year — roughly double its forecast from three months ago.

Bryan Stotland, a 53-year-old from Chicago, says he’s noticing smaller portions mostly at grocery stores, but also for entrees at sit-down eateries, too. “It’s like $20 for an appetizer and $32 for an entree, and they’re pretty close to the same size. So in that sense portions have shrunk.”

“Sometimes I get a little frustrated,” he said. “But I guess it’s like the economy is messed up, and you understand.”