Home » Lipid Suppliers Are the Unsung Heroes of the Vaccine Revolution

Lipid Suppliers Are the Unsung Heroes of the Vaccine Revolution

If messenger-RNA vaccines are the breakout medicine of the pandemic, then the tiny lipid spheres that bring them into people’s cells are the unsung heroes.

The world desperately needs more of both.

Consider BioNTech SE, which until a year ago purchased only a few grams at a time of lipids to support a drug-development program that most people thought was years away from becoming mainstream. Now it’s tapping big German chemical companies like Merck KGaA and Evonik Industries AG to vastly scale up production of the materials, a crucial step if it and partner Pfizer Inc. are to make good on plans to ship 2 billion doses of their COVID-19 vaccine this year.

Lipids catapulted toward the top of the world’s health-care priority list because the potent vaccines from Pfizer-BioNTech and Moderna Inc., as well as others still being developed by CureVac NV and Sanofi, can’t do their job without them. Messenger RNA, the genetic material at the heart of these vaccines, needs a protective shell composed of four different types of the fatty material — collectively called a lipid nanoparticle — so that it can successfully journey from factory to a person’s arm, and then get inside of human cells.

With governments looking to turbocharge production of COVID-19 vaccines, officials are learning that making more lipids isn’t so easy.

“This is an incredibly complex process,” said President Joe Biden, touring a Michigan factory last month alongside Pfizer Chief Executive Officer Albert Bourla, who vowed to produce more lipids — along with mRNA — at the facility as part of a push to double vaccine supplies. Biden marveled at the close collaboration between machine technicians, chemists and biologists who were “pioneering technologies that less than a year ago were little more than theories and aspirations.” 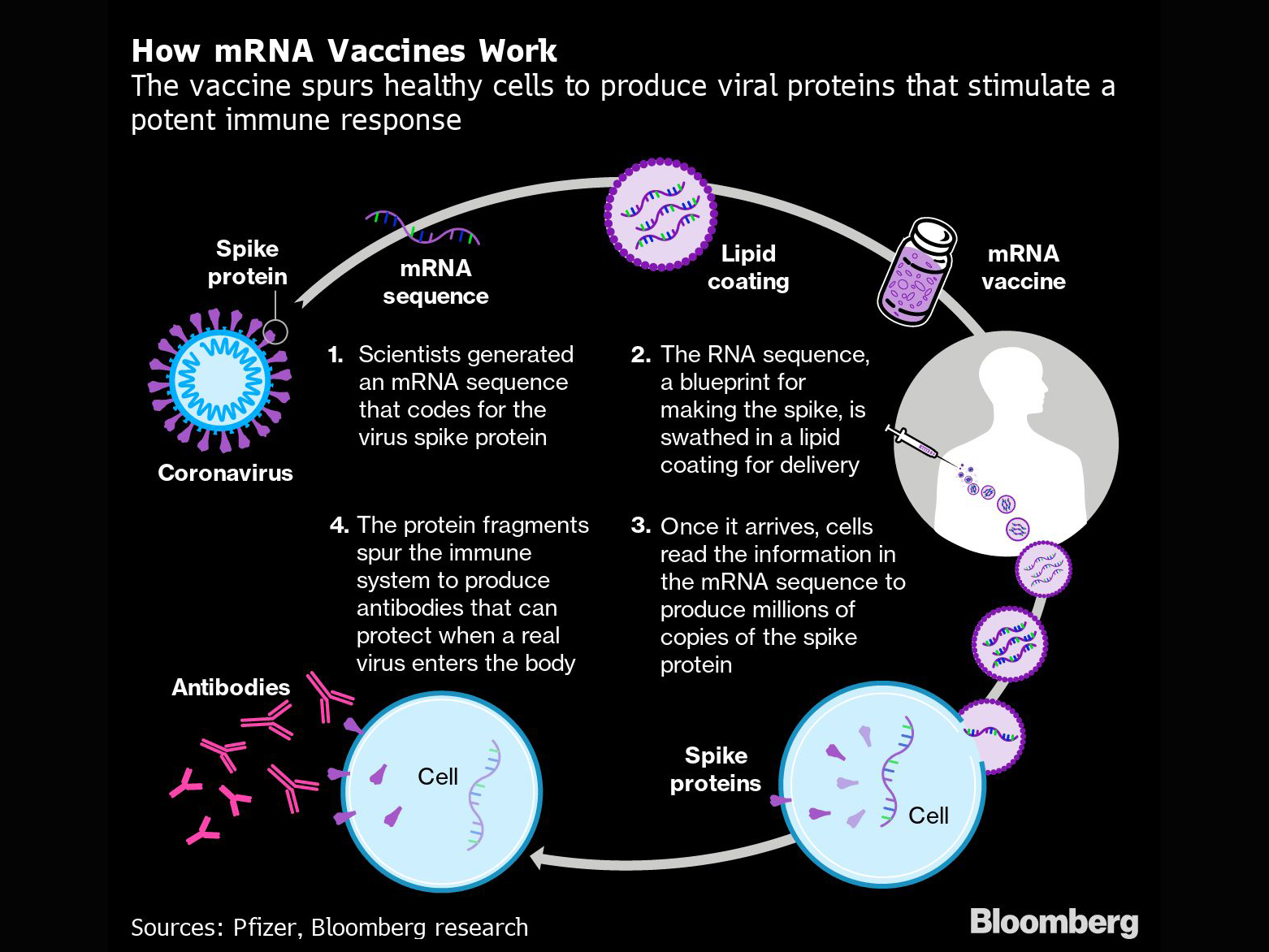 For Bob Langer, those aspirations stretch back a lot longer. As early as the 1970s, he was trying to prove you can capture and transport big, complex molecules like DNA and RNA inside tiny particles without destroying them.

“Everybody told me it was impossible,” he recalled during a phone interview. “I got my first nine grants rejected. Couldn’t get a faculty job.”

Turns out it was possible, and Langer wasn’t out of a job for long. Today, the professor has a chemical engineering lab at Massachusetts Institute of Technology bearing his name, focused on the intersection of biotechnology and materials science. Following decades of development, Langer in 2010 co-founded Moderna, where he’s still on the board. That company — like BioNTech and CureVac — is developing mRNA vaccines for infectious diseases beyond just COVID-19, along with therapies for cancer and rare illnesses.

The drug delivery field had a watershed moment in 2018, when the U.S. Food and Drug Administration approved a new therapy from Alnylam Pharmaceuticals Inc.. That drug, Onpattro, treats a rare genetic disease that causes nerve and heart damage. While it works somewhat differently than mRNA therapies, it’s delivered via lipid nanoparticles. That meant regulators had at least some comfort level with the concept before the pandemic.

Thomas Madden worked for years with Alnylam on developing those pioneering lipids. By the time the approval came, though, he had long since refocused his Vancouver-based company, Acuitas Therapeutics, on what he considered the more promising field of mRNA. He recalls a eureka moment in about 2011, when he read a scientific paper detailing recent progress in the field, and concluded companies still needed better tools for delivery. That’s because the body is teeming with enzymes designed to immediately cut up any mRNA found circulating outside of cells.

To prevent that from happening, the mRNA in COVID-19 shots sits inside the shell composed of four lipids. After protecting the mRNA on its journey into a person’s arm, the nanoparticle gets taken up into a cell. There, a positively charged lipid helps the mRNA to escape. Once in the cell’s cytoplasm, the mRNA instructs the cell to produce copies of the coronavirus’s spike protein, inducing the body’s immune system to build up defenses.

Moderna has designed its own charged lipids, while Acuitas licenses its delivery technology to BioNTech and CureVac. Each of these companies was engaged in early clinical trials of mRNA treatments before the pandemic.

When COVID-19 emerged, Madden flew to Germany to talk to regulators and BioNTech officials about how they could most quickly commence clinical trials of mRNA COVID-19 shots. They decided to repurpose the lipid nanoparticle from a rabies vaccine developed by CureVac, since it had already proved effective in people.

In addition to the 2 billion planned doses from Pfizer and BioNTech, Moderna is looking to produce 1 billion shots, while CureVac is targeting another 300 million. These and other companies are also moving fast to develop other mRNA products in their pipelines, adding to the unprecedented demand for lipid nanoparticles.

Major drug and chemical makers have taken notice. In early February, Germany’s Merck agreed to speed up the supply of lipids to BioNTech while Evonik followed suit a week later.

Evonik is repurposing tanks and vessels at two plants in Germany and buying new instruments for the purification process.

“Typically, this process in the pharma industry takes a year or two,” Thomas Riermeier, head of the company’s health-care unit, said in a video interview. “What’s required here is to do this more or less in a couple of months.”