President Joe Biden released a multi-pronged strategy to secure critical supply chains in products ranging from medicines to microchips, and is also weighing a potential trade probe that could result in U.S. tariffs on certain magnet imports.

The administration will establish a supply-chain disruptions task force to address near-term bottlenecks that can affect the economic recovery. Secretary of Commerce Gina Raimondo, together with her transportation and agriculture counterparts Pete Buttigieg and Tom Vilsack, will lead the team that will focus on supply-demand mismatches in areas like homebuilding and construction, semiconductors, transportation, agriculture and food, administration officials told reporters.

The supply disruptions in those industries have caused price increases and extended delivery times, one official pointed out, while adding that the White House expects those problems to be transitory.

The task force will hold meetings with stakeholders and supply-chain experts and announce results in the near term, said Jared Bernstein, a member of Biden’s Council of Economic Advisers.

“There will be more information forthcoming on precise measures that this more near-term initiative will be taking in weeks not months,” Bernstein said in an interview with David Westin on Bloomberg Television Tuesday.

The White House published a 250-page report with assessments and an expansive list of recommendations Tuesday. The administration noted that technological change and cyber-attacks require new approaches to resilience, and that the U.S. should break with decades of free-market ideology to push for tax, labor and climate measures that ensure more local manufacturing and shift away from low-wage and low-standard nations.

“For too long, the United States has taken certain features of global markets — especially the fear that companies and capital will flee to wherever wages, taxes and regulations are lowest — as inevitable,” the report said.

The plan to address not only the immediate issues but also prevent shortages in the longer term follows a 100-day review of supply-chain vulnerabilities that was conducted by a number of agencies and overseen by the White House. Biden has pledged to invest in the U.S.’s domestic manufacturing capabilities and move the nation away from its reliance on adversaries — including China — for critical inputs.

As part of the immediate actions, the Commerce Department will evaluate whether to start an investigation to determine if imports of permanent magnets impair U.S. national security.

The inquiry would be done under section 232 of the 1962 Trade Expansion Act, which allows for tariffs without a vote by Congress if imports are deemed a national security threat — the same law former President Donald Trump used to institute duties on steel and aluminum shipments from other nations and regions including the European Union.

The investigation will specifically look at neodymium magnets that are crucial to creating a field for motors to run in perpetuity in everything from electric vehicles to missile guidance systems to wind turbines. China is the largest global producer of those magnets, which are made up of rare earths. 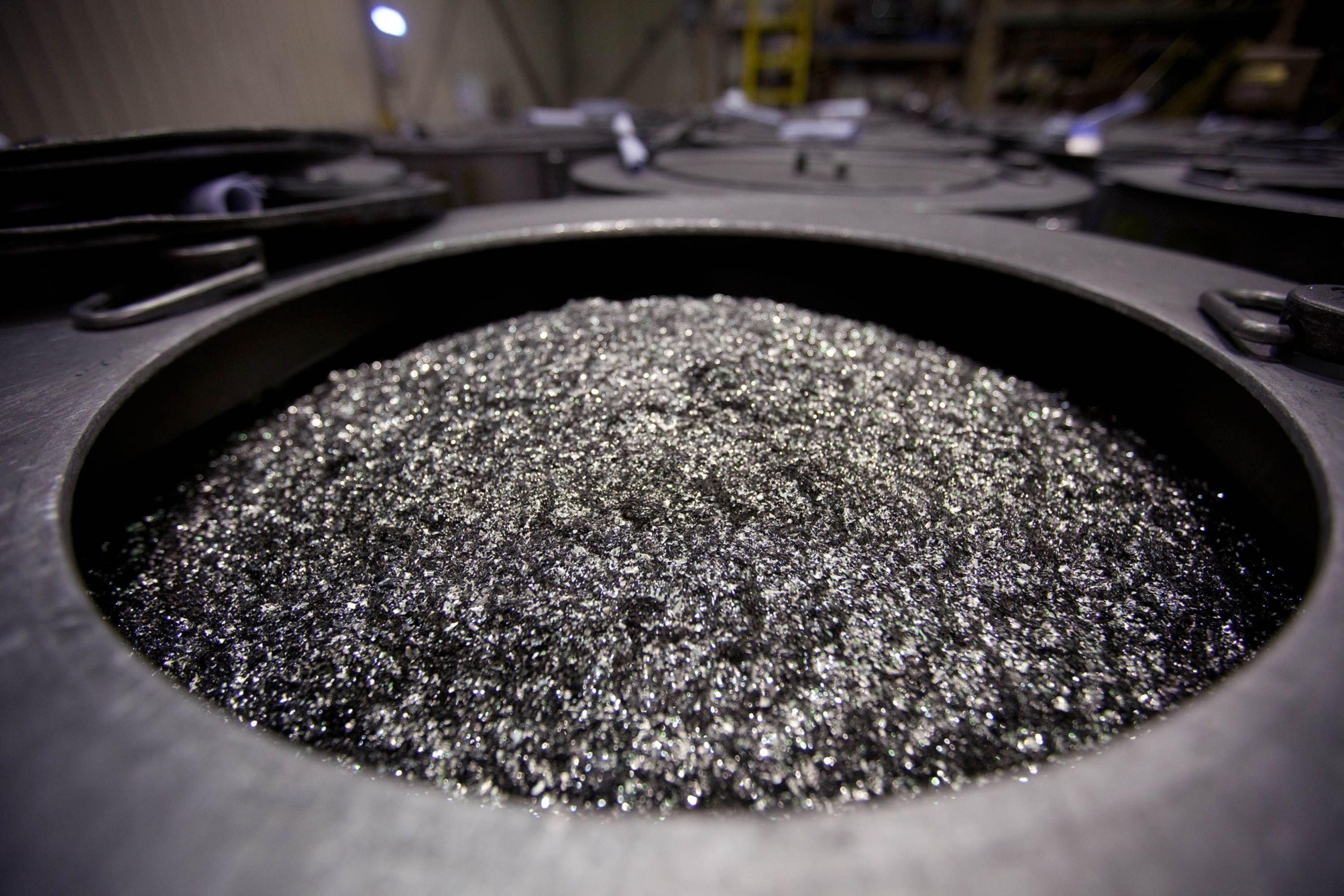 The administration will also start a trade “strike force,” led by the U.S. Trade Representative, to examine what tools the nation has to respond to other countries’ unfair trade practices, like subsidies.

The Biden administration will establish an inter-agency working group to identify U.S. locations where sustainable production and processing of critical minerals can take place while adhering to environmental and labor standards.

To support the domestic battery-supply chain, the Department of Energy will release a national blueprint for lithium batteries and leverage about $17 billion in loan authority.

The U.S. Department of Agriculture on Tuesday announced plans to spend $4 billion to bolster weaknesses in a food-supply chain that showed strain with shortages during the pandemic. Vulnerabilities in the highly concentrated U.S. meatpacking industry were highlighted again last week when a cyber-attack on a single company, JBS SA, briefly shut down almost one-quarter of U.S. beef processing.

USDA said the initiative will include efforts to specifically address a shortage of meat-processing facilities in the country and encourage regional infrastructure to support smaller processing plants. Currently, four giant companies control more than 80% of the nation’s beef processing.

Also among the White House recommendations are funding and financial incentives for electric vehicles and advanced battery production and the use of the Defense Production Act to expand production in critical sectors. The administration intends to be judicious and thoughtful in its deployment of the production act tool and would only use it after extensive stakeholder consultation, one of the officials said.

On semiconductors, the Commerce Department will increase information flow between producers and suppliers of chips as well as their end-users. The White House also recommends Congress appropriates at least $50 billion in funding for semiconductor research and production in the U.S. — a key pillar of a broader China competition bill that the Senate may approve on Tuesday.

“We know government alone cannot fix this problem,” Raimondo said in a statement Tuesday. “The private sector plays a central role in addressing this crisis.”

The Health and Human Services Department will commit about $60 million from the Defense Production Act appropriation in the American Rescue Plan, which was passed earlier this year, toward new methods of manufacturing to speed up domestic production for drugs and active pharmaceutical ingredients, one of the officials said.

Though all sectors have unique problems, the administration found common themes in each of the supply chains it examined for this review, one official said. Those include hollowed-out capacity at home, misaligned market incentives, industrial policies adopted by competitor nations, geographic concentration and underinvestment in international cooperation.

Supply-chain resiliency and cooperation with allies and partners will be part of Biden’s trip to Europe later this week, the officials said. They stressed that while the White House doesn’t expect to produce everything at home, the goal is to diversify suppliers and make the U.S. more reliant on allies and less on geopolitical competitors.