Home » From Covid's Legacy to Containers Falling Overboard: These Are Our Top Stories of 2021

From Covid's Legacy to Containers Falling Overboard: These Are Our Top Stories of 2021

The global supply chain crisis took a catastrophic toll in 2021. From the Port of Los Angeles to Southeast Asia and the Suez Canal, bottlenecks that gummed up the world economy in 2020 have gotten much worse — and a supply chain crunch that was meant to be temporary now looks like it will last well into the new year.

Here’s a look back at our most-read stories this year — which showcase the worst of the crisis, new ideas that it spurred, and a glimpse at how we got here:

COVID-19 accelerated some supply chain trends, like digitization and outsourcing operations, while stalling others. The pandemic’s legacy on transportation and warehousing is significant, and 12 short- and long-term trends stand to influence companies’ strategic plans.

4. Containers fall into the sea 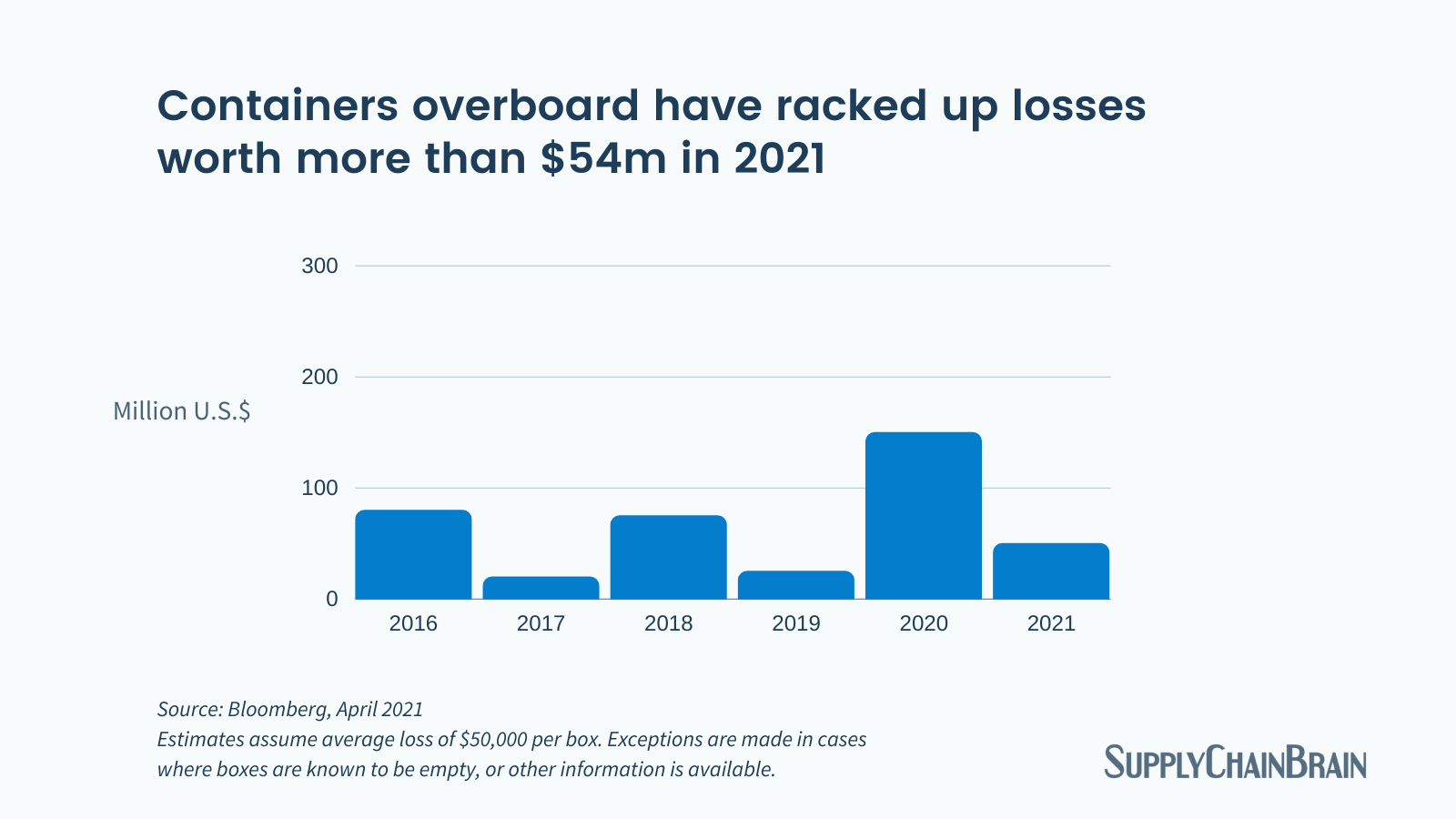 A sudden spike in maritime accidents sent containers toppling from ships into the sea, but why?

Heavy weather, as a manifestation of climate change, appeared to be the prime culprit in the incidents. Some speculated that ships might have been overloaded due to a massive increase in imports traveling to the U.S. from Asia. It's also possible that the biggest containerships on the water today — with capacity for more than 10,000 forty-foot containers — simply can’t handle rough weather.

Somewhere in the world’s busiest port of Shanghai, a container of fertilizer sat for months among tens of thousands of boxes, waiting for a ride to the U.S. Delays stretched a delivery that ordinarily would take weeks to more than half a year.

This is the tale of one humble shipment and its arduous journey across the world. While some of the barriers keeping it from its final destination may be specific to this particular case, the journey is emblematic of erratic global trade during the pandemic.

2. Employees pay up to stay home

Disco Corp., a Japanese maker of semiconductor equipment, introduced a novel approach to remote work: Those who choose to stay home pay the colleagues who brave the commute to show up in the office.

When the pandemic hit, the Tokyo-based company didn’t have the option of letting all its employees log in from home. Someone had to show up to keep the factories running. So Disco set up a system where those working remotely paid a certain amount of internal currency to be divided among the employees who came in.

The issue gained attention after March’s grounding of the 400-meter vessel Ever Given in the Suez Canal threw a spotlight on the vulnerability of the shipping industry. The mega ship blocked traffic through the vital waterway for nearly a week, and the impact on global trade was widespread.

Experts said the plight of sinking containers has grown more dangerous because of pressure on supply chains since the pandemic, and increasing urgency for shipping lines to deliver products as quickly as possible.

Watch: The Top Supply Chain Threats According to Gartner