New rules requiring truckers to show proof of vaccination when crossing the Canada-U.S. border are cutting into shipping capacity and boosting the cost of hauling everything from broccoli to tomatoes.

The cost of transporting produce out of California and Arizona to Canada jumped 25% last week as fewer trucks are available to cross the border, according to George Pitsikoulis, president and chief executive officer of Montreal-based distributor Canadawide Fruits.

“The lower the supply, the higher the price. Ultimately it’s the consumer that pays for this,” Pitsikoulis said Monday by phone.

Canada implemented new rules on Jan. 15 that require border agents to turn away unvaccinated U.S. truckers, a move industry executives warned could slow down supply chains that are already under stress. Canadian truckers who can’t show proof of vaccination will be required to quarantine when they re-enter the country from the U.S.

Shipping is expected to get disrupted in both directions, with the U.S. set to impose its own vaccine mandate on foreign travelers on Jan. 22. Only 50% to 60% of U.S. truckers are vaccinated, according to an estimate from the American Trucking Associations.

Bison Transport Inc., one Canada’s largest trucking firms, is poised to lose 10% of its freight capacity as a result, prompting the company to boost wages for cross-border drivers and offer signing bonuses of C$2,500 (about $2,000). Those costs have to be passed on to customers, Chief Executive Officer Rob Penner said.

“We understood that this would be a challenge for us,” Penner said in a Monday interview on BNN Bloomberg Television. “We have lost close to 10% of our overall capacity, with many drivers choosing to opt out prior to the deadline.”

Winnipeg, Manitoba-based Bison, which is owned by conglomerate James Richardson & Sons Ltd., has about 3,700 employees and contractors operating a fleet of 2,100 tractors and 6,000 trailers, according to its website. 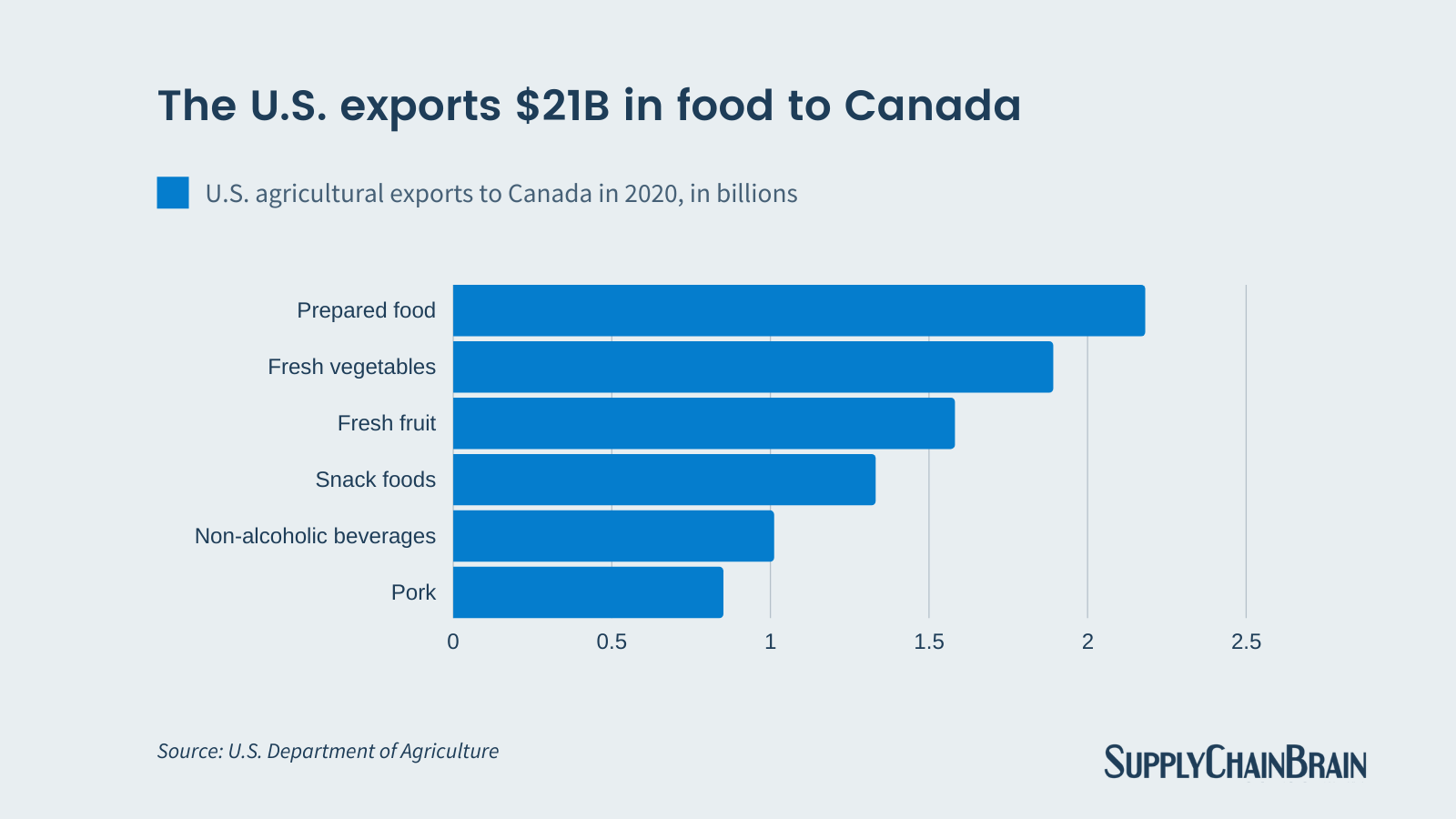 There are already concerns large companies will be forced to pay up to secure vaccinated drivers, pushing up freight costs, said Ron Lemaire, president of the Canadian Produce Marketing Association.

“I have heard anecdotally that truckers are looking to stop hauling perishable products as there are too many risks if they are delayed in their delivery,” Lemaire said by email, noting the association will be closely watching the impact on the supply chain.

Canadian importers rely on trucks to transport fruit that arrives from South America to ports in the northeastern U.S. A shortage of global containers and truck drivers is already causing shipping delays of as long as two weeks and having fewer available truckers will likely make things worse, said Larry Davidson, president of North American Produce Buyers Ltd. in Toronto.

The weekend before the vaccine mandate took effect, the company had only one truck available to pick up 75,000 boxes of grapes in Philadelphia, he said.

“Thirty-six of 37 loads that were ready for pickup had to wait four or five days,” said Davidson, whose company ships produce across Canada. “We’re seeing the domino effect just continue.”