Container Capacity at Felixstowe Drops 37.6% on First Day of Strike

The first day of the strike at Felixstowe — the U.K.’s biggest container port — brought a sharp decline in the incoming TEU capacity at the port. According to project44, a supplier of software and analytics for supply chain visibility, there has already been a 37.6% decline in the incoming capacity, measured in twenty-foot equivalent units (TEUs). 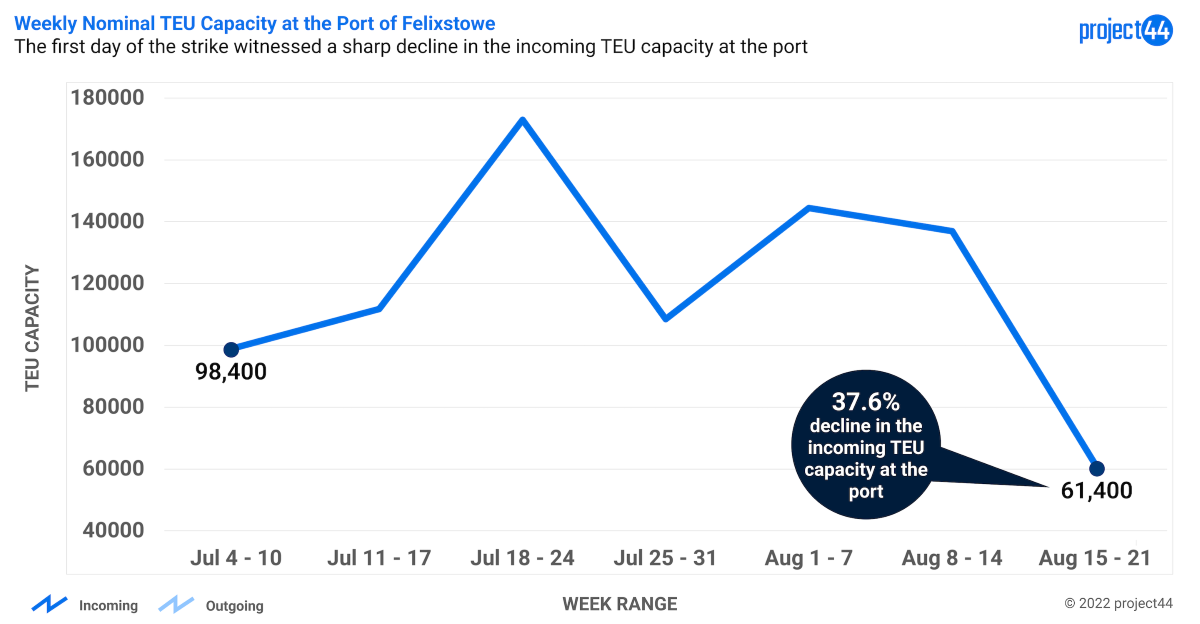 “The latest strike at Felixstowe could have massive implications for the nation’s supply chains,” said Josh Brazil, VP of Supply Chain Insights at project44, Aug. 24. “The pandemic-related cobwebs are yet to be shaken off, so disruptions such as strike action could rapidly reverse the recent recovery.”

The strike action, which involves 1,900 crane drivers, machine operators and stevedores, was initially slated to last for 8 days, but looks set to last longer.

“The strike is already causing vessels to redirect to nearby London Gateway with a 45% increase in vessel capacity volumes calling there this last week,” Brazil continued. “If the action continues, we may start to see the impact on consumer goods. At a time when U.K. businesses are facing rising costs and reducing consumer demand due to inflation, supply chain issues could spell disaster for many beleaguered companies.

“Felixstowe is a global port – the longer the strike lasts, the larger the ripple effect on container flows and carrier performance around the world,” Brazil concluded.