Diesel futures in New York are trading in the widest backwardation for this time of year in data going back to 2008. A backwardated market is one where prompt deliveries are priced at a premium over future deliveries, meaning the product in storage is losing value each day. More often than not, the diesel market is in contango — the opposite — for this time of year, assuring the product gains value over time.

New England’s fuel-supply problem goes beyond short-term market conditions. The region is structurally more vulnerable than ever with the shutdown of an East Coast Canadian refinery in 2020. Last winter, the region relied on diesel imports from Russia, an option no longer available under sanctions. Europe, another swing supplier to the area, is facing a fuel problem of its own as it tries to keep the lights on without Russian natural gas. New Englanders burn fuel for heating homes, and dangerously low stockpiles could put consumers at risk of a cold winter.

New England distillates stockpiles, which include diesel and heating oil, sit at the lowest level ever for this time of year, about half of where they were at the same time in 2021, government data show. 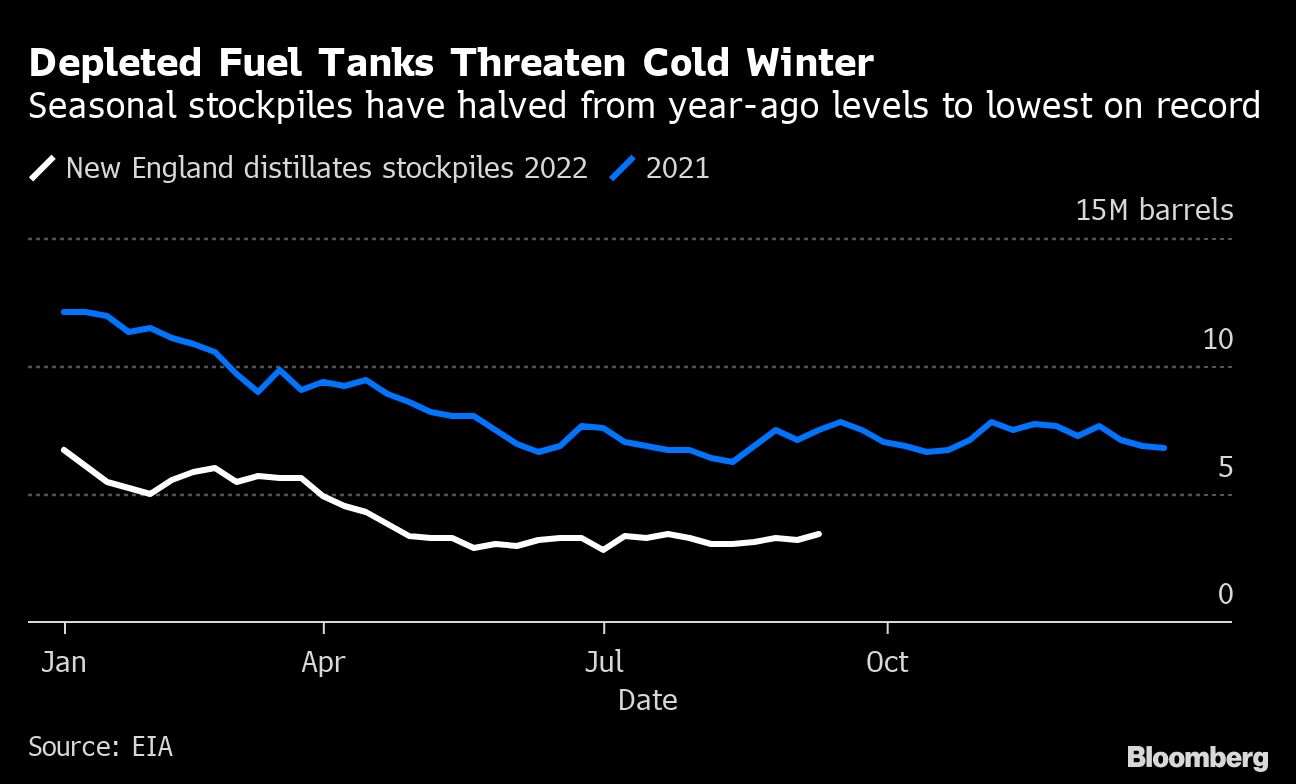 In a meeting with New England governors on Sept. 15, Granholm asked oil and gas companies to “ensure they are building adequate inventories to handle disruptions from hurricanes or other events,” according to the U.S. Department of Energy.

“Presently, there is no incentive to store oil and build back inventories given the backwardation in the market,” said Ernie Barsamian, a storage broker in the region. This remains true even if the spread has narrowed from historic highs seen at the start of Russia’s war in Ukraine.

“When it comes to backwardation, it’s kind of like being pregnant. You either are or you aren’t,” Barsamian said.