The robots will take the most tedious, most dangerous jobs first, in most things. Trucking is no exception.

Autonomous driving engineers are squarely focused on long-haul freight, the interstate runs with almost no complexity save for a slow curve or an E-ZPass lane. As such, those routes are some of the simpler challenges on the self-driving spectrum.

The biggest hurdle may be infrastructure. The short trip from a factory or distribution center to an interstate is usually far more complicated than the next several hundred miles. The same is true once the machine exits the interstate. One solution is for trucking companies to set up transfer stations at either end, where human drivers handle the tricky first leg of the trip and then hitch their cargo up to robot rigs for the tiresome middle portion. Another station at the exit would flip the freight back to an analog truck for delivery.

Such a system, according to a recent study out of the University of Michigan, could replace about 90% of human driving in U.S. long-haul trucking, the equivalent of roughly 500,000 jobs.

“When we talked to truck drivers, literally every one said, ‘Yeah, this part of the job can be automated,’” explained Aniruddh Mohan, a PhD candidate in engineering and public policy at Carnegie Mellon University and a co-author of the study. “We thought they would be a bit more dubious.” 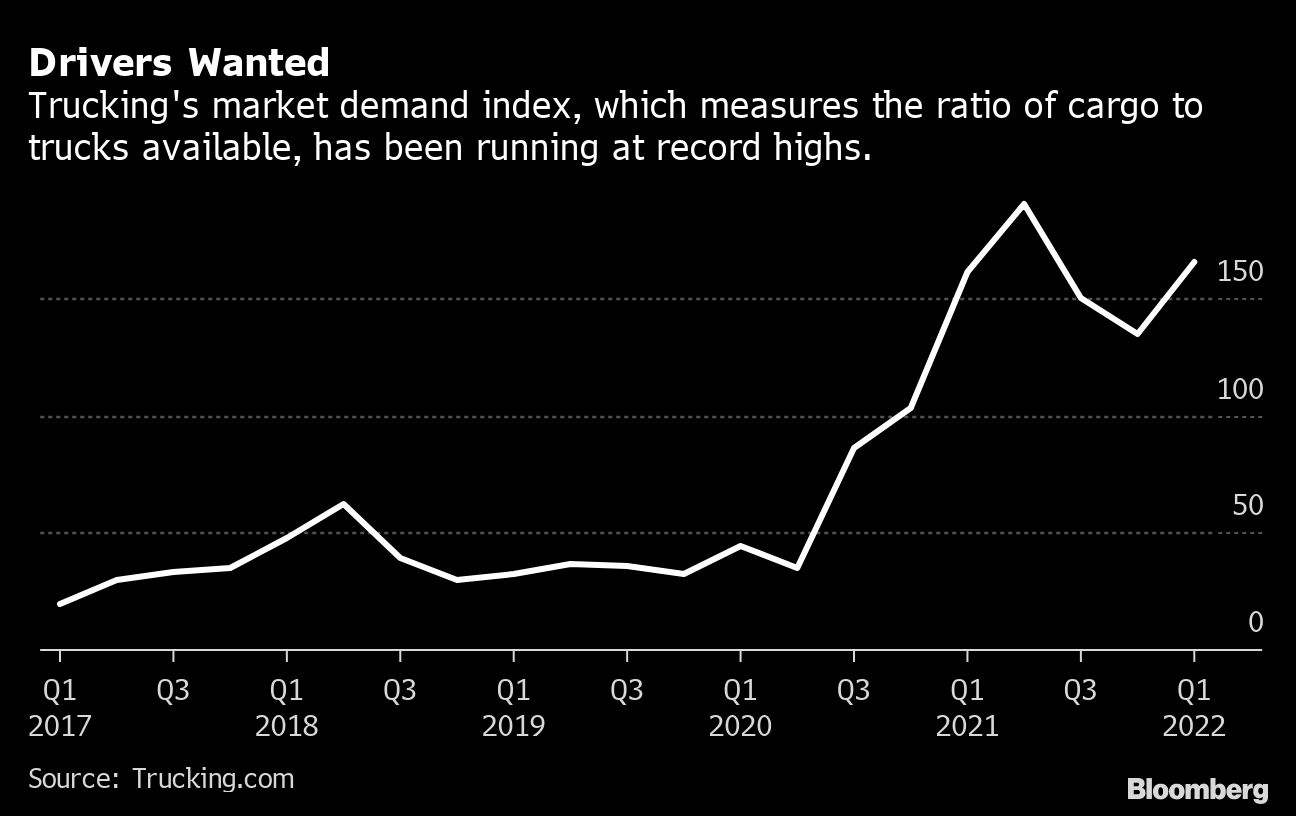 There are, however, a handful of big ifs. For one, the autonomous systems would have to figure out how to navigate in crummy weather far better than they can now. Second, regulators in many states still haven’t cleared the way for robot rigs. Finally, there’s the infrastructure to consider — all the transfer stations where the cargo would pass from the caffeine-fueled analog to the algorithms.

Still, if trucking companies focused only on America’s Sun Belt, they could fairly easily offset 10% of human driving, the study shows. If they deployed the robots nationwide, but in warmer months only, half of the country’s trucking hours could go autonomous.

“It is happening already, but in a fairly limited way,” said Parth Vaishnav, a climate and energy assistant professor at Michigan and co-author of the study. There are about 3.3 million truck drivers in America, though many don’t stay in the trade long. The long-haul jobs, in particular, are some of the worst. Not only are they protracted and tedious, but they are among the lowest-paid gigs. Long-haul drivers are on the road about 300 days a year and make around $47,000; short-haul routes can be trickier and, as such, pay better and attract more experienced drivers.

Not surprisingly, the long-haul workforce tends to turn over entirely every 12 months or so. At the moment, the industry is short about 61,000 drivers, according to the American Trucking Associations. “In our imagination, we see these as middle-class jobs,” Vaishnav said, “but that hasn’t been the case for a while now.”

The driver shortage is so bad that American trucking companies are trying to import drivers to ease what has become one of the most acute bottlenecks of the supply chain crisis. Truck lobbyists also are seeking to lower the minimum age for interstate drivers to 18 from 21. So when it comes to piloting an 80,000-pound machine going 75 miles an hour, the choice might come to a robot or a teenager.

Several startups are betting on the robots, including TuSimple, a San Diego, Calif.-based company that says its self-driving systems reduce fuel consumption by as much as 10%. In December, the company removed its human chaperones on an 80-mile stretch of road between Phoenix and Tucson. ( It plans to start deliveries in large swaths of the country without human drivers by the end of next year.

“We’re getting to a real level of commercial viability,” said TuSimple Chief Financial Officer Pat Dillon, “which I think is pretty exciting.”