A gauge of logistics stress in the U.S. economy eased in April as freight transportation cooled, a sign that the broader economy is downshifting to a speed that remains expansionary.

The survey-based Logistics Managers Index fell from a record high in March to 69.7 last month, the lowest level since January 2021 and first drop this year. While the inventory and warehousing components showed only modest changes, transportation showed the biggest moves — with prices falling and capacity returning to positive territory for the first time since May 2020.

Soaring transportation prices and low trucking capacity readings typically reflect a strong economy — like they have for the better part of the past two years. In April, those two measures started to converge but still didn’t enter an inversion, which “usually means there has been some shift in the overall economy,” the LMI report said. 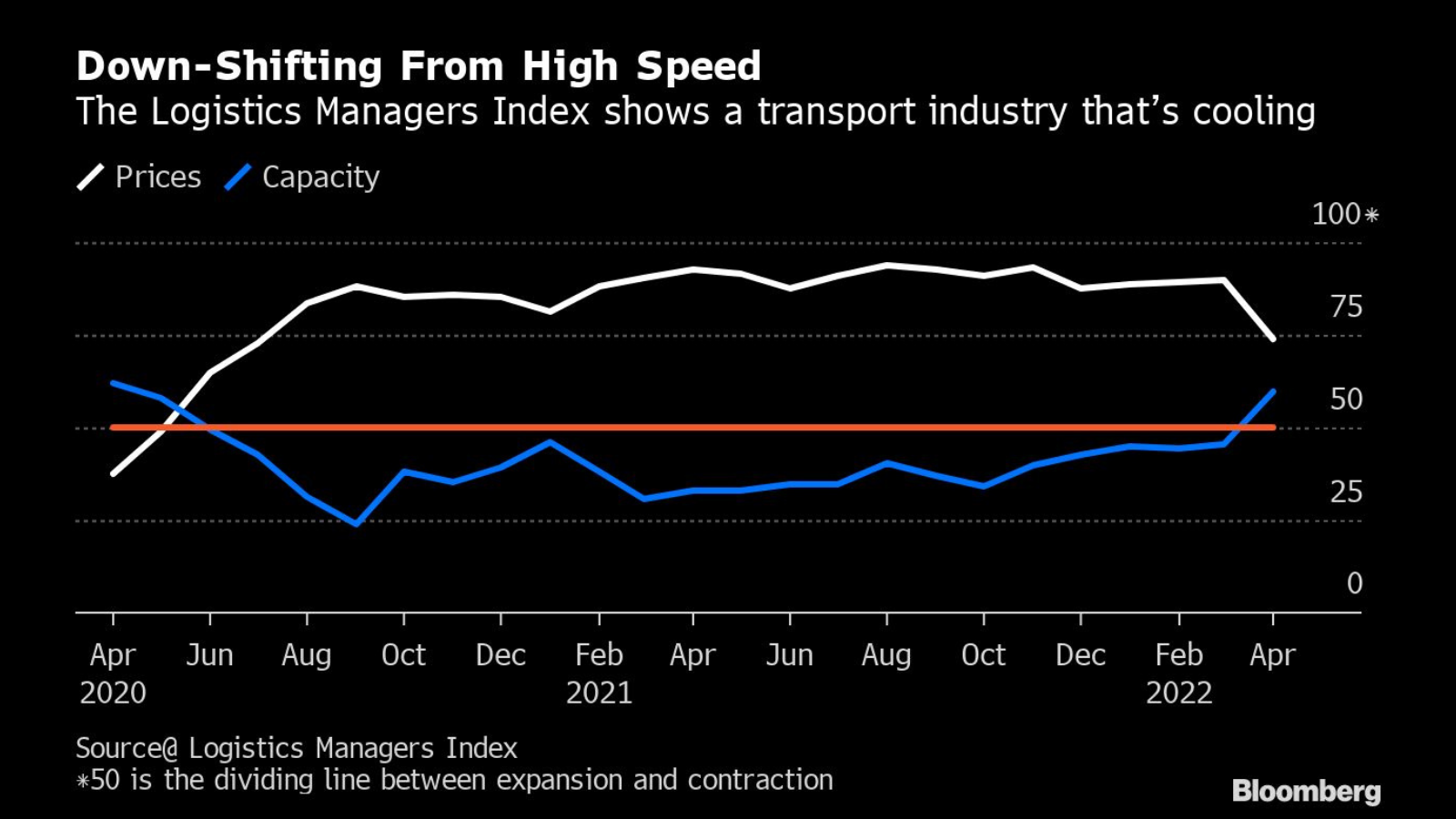 “Despite the slowdown in transportation, respondents still indicate growth in the sector, just at a slower pace than what we’ve seen over the last 18 months,” the report stated. “ It can be observed that the two curves have not yet inverted, suggesting that while the frantic pace in the transportation market has slowed down, we have not yet tilted into a full-on recession.”

The report concluded that “inventory and warehousing metrics remain elevated, but transportation has clearly slowed. Whether this slowdown will result in recessionary pressures or is simply the market moderating towards more sustainable levels, remains to be seen.”