Taiwan Tensions Raise Risks in One of Busiest Shipping Lanes

The standoff between the U.S. and China over Taiwan has thrown a spotlight on growing risks to one of the world’s busiest shipping lanes — even a minor disruption could ripple through supply chains.

The Taiwan Strait is the primary route for ships passing from China, Japan, South Korea and Taiwan to points west, carrying goods from Asian factory hubs to markets in Europe, the U.S. and all points in between. Almost half of the global container fleet and a whopping 88% of the world’s largest ships by tonnage passed through the waterway this year, according to data compiled by Bloomberg.

Any actions over Taiwan that affect the strait would be another blow to global shipping. Supply chains, which have been reeling since the start of the pandemic, have been struggling to recover this year from lockdowns in China’s cities and Russia’s invasion of Ukraine.

The Taiwan Taiex Shipping and Transportation Index slumped as much as 3.2% on Tuesday, among the worst-performing sub-indexes in Taiwan’s benchmark stock index. Taiwanese carrier Evergreen Marine Corp. dropped as much as 3.7%.

Taiwan has long been a flash point between the U.S. and China, and tensions have been exacerbated by U.S. House Speaker Nancy Pelosi’s expected visit on Tuesday. China regards Taiwan as part of its territory and has promised “grave consequences” in response to a visit by the No. 3 U.S. official. 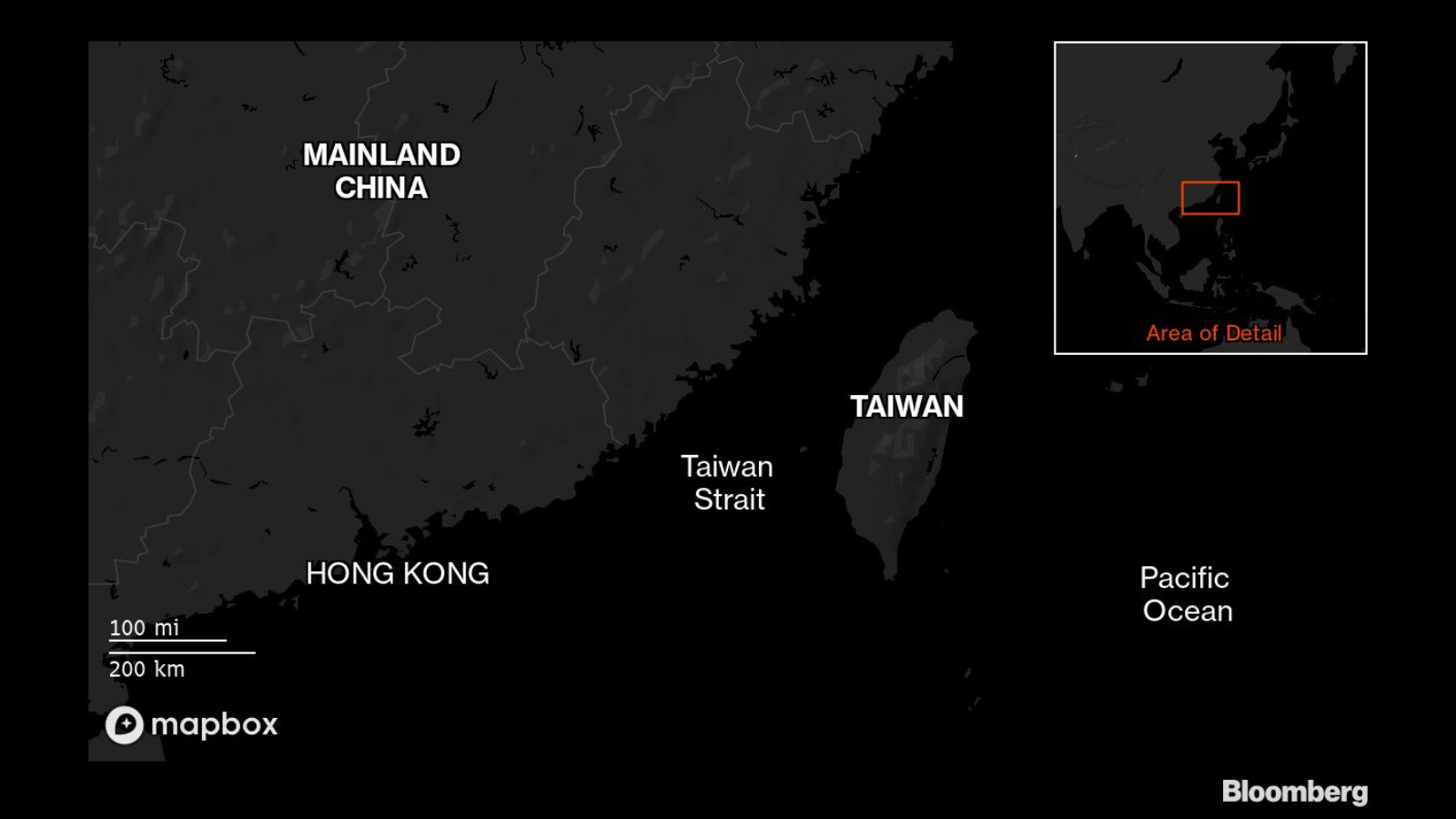 Even if the U.S. and China manage to avoid another repeat of that crisis, Russia’s invasion of Ukraine has undermined confidence that the international community could prevent Beijing from attempting similarly disruptive military action across the Taiwan Strait in the coming years. The U.S.’s top uniformed officer, General Mark Milley, has told Congress that Chinese President Xi Jinping is seeking the capability to take Taiwan by 2027.

The U.S. and key allies say much of the Taiwan Strait constitutes international waters, and they routinely send naval vessels through the waterway as part of freedom-of-navigation exercises. But Chinese officials have in recent months repeatedly asserted that the strait isn’t international waters in meetings with U.S. counterparts, Bloomberg News reported in June.

China, as the world’s largest exporting nation, would have much to lose by taking any military action that disrupts its own commercial links to the world. The Foreign Ministry has rejected American concerns that Beijing might use its growing naval power to restrict global trade routes, saying in a fact sheet in June that the country “actively safeguards the security of and unimpeded passage through international shipping lanes.”

“Blocking the entire strait would be very difficult and risk a confrontation that ultimately may work to China’s disadvantage,” said Carl Schuster, a former operations director at the U.S. Pacific Command’s Joint Intelligence Center. “Doing it once would make a very important and symbolic political-military point, but I don’t think Xi is that confident this administration would do nothing.”

Still, one lesson from Russia’s blockade of Ukraine’s Black Sea ports has been the capacity of a conflict in one region to ripple across the globe, crimping commodities markets and driving up prices. Considering the number of vessels traversing the Taiwan Strait, even a minor disruption could have an impact on world trade during the peak season for shipping goods to the U.S. for the Christmas season.

About 48% of the world’s 5,400 operational container ships passed through the Taiwan Strait in the first seven months of this year, providing a steady supply of clothing, appliances, mobile phones and semiconductors. If only the largest 10th of the fleet is considered, the waterway accounts for 88% of traffic, with many of those vessels servicing transcontinental routes to Europe.

While ships can divert around the eastern coast of Taiwan through the Philippine Sea, which would add only a few extra days to the journey, alternative routes pose difficulties. The Luzon Strait between the Philippines and Taiwan offers a possible north-south path, but the typhoon season in the South China Sea makes it risky to travel.

More tropical cyclones enter the region surrounding the Philippines than anywhere else in the world, with an average of 20 per year, according to the Philippine Atmospheric, Geophysical and Astronomical Services Administration. Three typhoons made it far enough west to scatter ships out of ports in Hong Kong and Shanghai in 2021, causing major supply chain disruptions.