U.K. train drivers announced another day of strikes in January as part of a long-running dispute over pay.
The Aslef union, which represents 96% of train drivers in England, Scotland and Wales, said members will walk out on January 5. This means there’ll be five consecutive days of strikes in the first week of the new year as the National Union of Rail, Maritime and Transport Workers (RMT) is holding industrial action on January 3, 4, 6 and 7.

The RMT is also striking over Christmas, while train services are disrupted this week as a result of the union’s overtime ban. 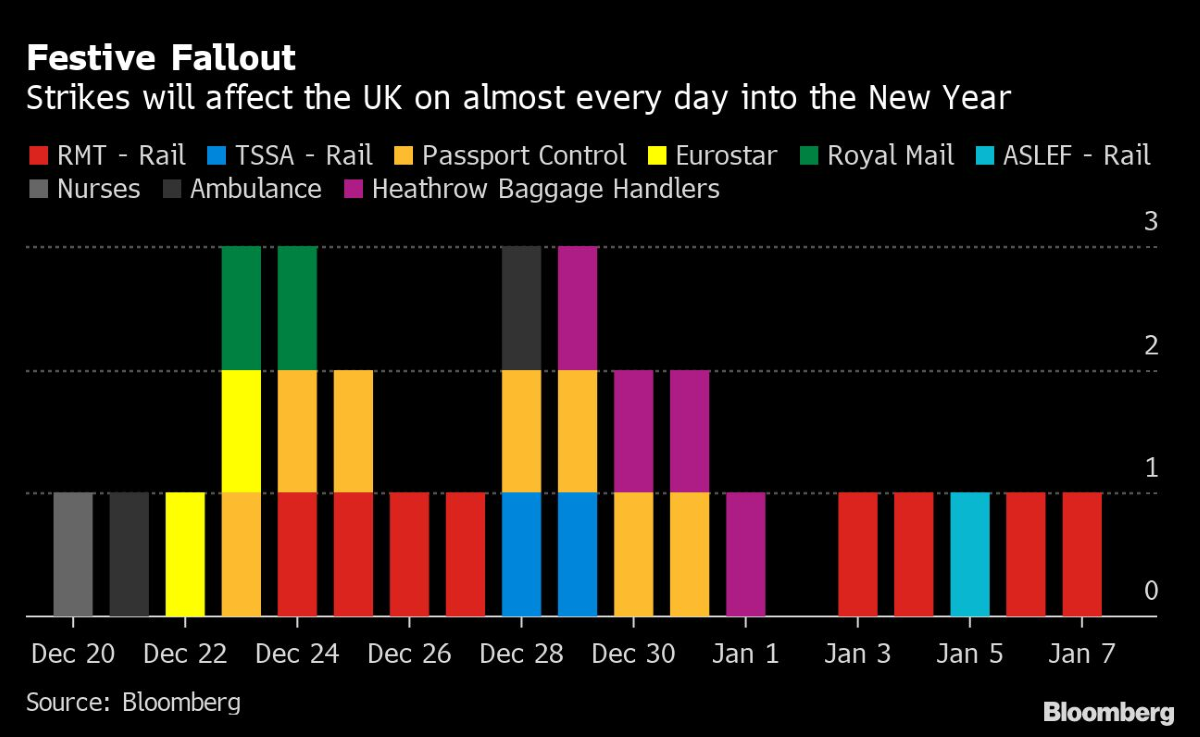 “We don’t want to go on strike, but the companies have pushed us into this place,” said Mick Whelan, general secretary of Aslef. “We are always happy to negotiate — we never refuse to sit down at the table and talk — but these companies have offered us nothing. And that is unacceptable.”

The announcement follows the labor group securing a new mandate from its members to hold strikes, potentially over the next six months. More than nine in 10 union members who voted in the ballot backed further strikes.

“The way to stop this is for the companies to make a serious and sensible offer and for the government not to put a spoke in the wheels,” Whelan added.

Bus services in the capital also face further disruption after Unite, the union, announced another round of strikes on December 24, 27 and 31, and eight more dates in January. The bus drivers work for Abellio in south and west London.