With oil costing more than $100 a barrel, and Russia’s war in Ukraine underscoring the risk of relying on fossil fuel, it would seem like a great time to speed up the transition away from the polluting fuel. The reality isn’t so simple.

Public support for climate action is higher than ever in most countries, but that doesn’t ease the economic pain when everything from food to transport gets more costly. “This is an unfortunate downside of the economy we’ve got that runs on fossil fuels,” said Charlie Donovan, a visiting professor of finance at University of Washington.

That reliance makes any imbalance between supply and demand a source of price volatility, including the current spike. In 2020, oil giants drastically pulled back on investments to increase production on the assumption that COVID-19 lockdowns would depress demand for their product. But the quick rollout of vaccines in developed nations led to a faster-than-expected recovery and a shortfall in supply.

Now Russia’s invasion of Ukraine has added risk to oil supply, with economic sanctions growing. Analysts say the longer the war goes on, the greater the chance the price of oil remains above the $100 mark.

There is another theory that oil companies may have been investing less in production over the last decade, pushing the price higher, because their investors are pressuring them to pivot to green energy. Though not everyone agrees with that. Even after discounting the upward pressure the war adds, the high oil price is “all due to things that happened during the pandemic,” said Ed Morse, global head of commodity research at Citigroup Inc. But what do elevated crude costs mean for the transition to clean energy going forward?

One argument is that high fossil fuel prices are a good thing — consumers might be incentivized to switch to more fuel-efficient or electric cars, take fewer flights and consider replacing oil-fired boilers.

The same applies to policy makers. “When the oil price gets very high, governments put in policies to move away from oil,” said Amy Myers Jaffe, head of the Climate Policy Lab at Tufts University. And that’s easier today than during previous price spikes. The last time oil stood at more than $100 a barrel was a decade ago, when clean energy was still quite expensive, affordable electric cars weren’t in sight and the Paris Agreement hadn’t been signed.

Yet clean energy has merely slowed down the growth of fossil fuel demand, and hasn’t yet led to substantial decrease in oil consumption in most countries. That’s because replacing fossil fuel-consuming infrastructure takes time. Consider what’s happening in Norway, where 65% of all vehicles sold in 2021 were electric and yet oil demand has fallen less than 10% since 2013. Plus, there’s rising demand from developing countries that need more energy to fuel growing economies. 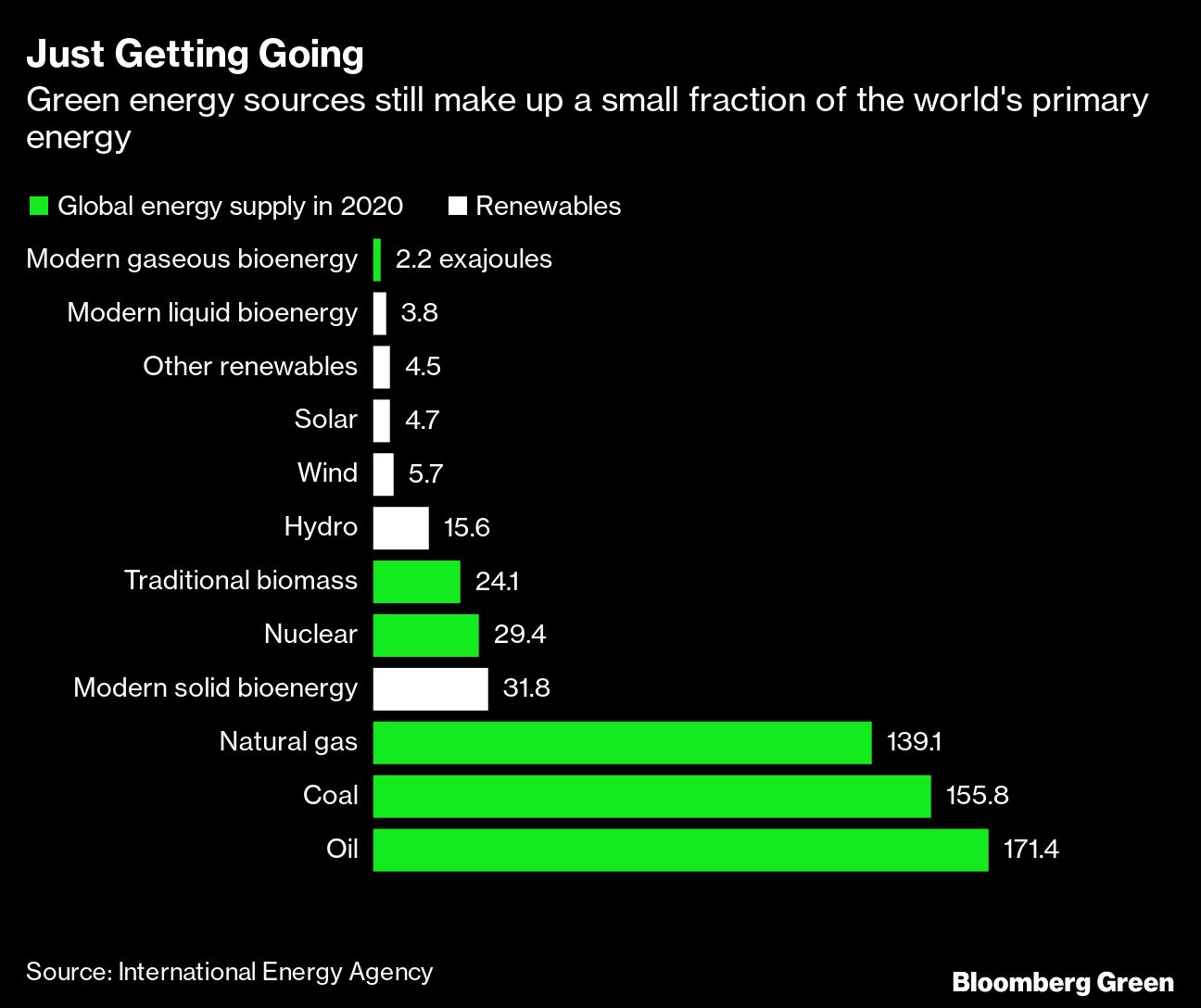 There are many ways in which high oil prices can actually hurt the move to clean energy, says Bob McNally, president of Rapidan Energy Group.

Consider what happened in 2021. As the price of natural gas hit record highs in Europe, governments spent billions of dollars in subsidies to ensure that energy remained affordable. Much of that money ended up in the pockets of fossil-fuel companies, which reported bumper earnings. Green power generators, who are typically locked into long-term price contracts, didn’t gain as much from sky-high electricity prices. Now that the war in Ukraine has prices soaring again, the biggest European importers of Russian gas, Germany and Italy, are considering ramping up coal plants even as they build more renewables for the long term.

In the U.S., even ardent climate supporters have called for the country to increase fracking to counter the rise in gasoline prices. President Joe Biden, who ran on a platform of aggressive green action, called on the Organization of Petroleum Exporting Countries to pump more oil even as he advocated for more action at the COP26 climate summit.

Expensive oil also drives up inflation, potentially prompting central banks to raise interest rates. That raises the cost of capital for everyone —including renewable companies, which have to pay more to borrow to cover the high upfront costs of building wind and solar plants. It should hurt oil companies too, but high returns mean they have less need to raise money through debt markets.

For now, the big question for oil markets is what happens in Ukraine. If the situation calms down then Jaffe, McNally and Morse predict that prices are likely to fall below the $100 mark later this year. What happens after that?

Jaffe expects prices to drop and stay low. She says oil production will increase and match demand. That should be good for the transition because it gives investors certainty. But it could be bad for the transition if people buy into the narrative that increasing renewable investments will lead to a decline in fossil-fuel investments and thus cause energy prices to spike again. “Even though in my opinion it’s not correct, it creates a perception of reality,” she said.

Morse expects price volatility to become the norm, and he says that governments will have to step in to keep prices under control. “The energy transition, as some people say, is going to be a bumpy road,” he said. “That’s a euphemism for disruptive change. And when you get something that’s disruptive, it creates fragmentation within countries and fragmentation among countries.”

McNally meanwhile sees a boom coming, with oil prices cratering initially but then rising to as much as $150 a barrel perhaps by 2024 or 2025. He says government policies will have to actually cut demand for oil, something McNally sees Europe accomplishing but not the U.S. or China.

That’s a pretty wide range of possibilities, and that’s never good for investors. “Long term, the only solution to get out from under that volatility is getting off fossil fuels,” said Donovan from the University of Washington. But the current elevated oil prices are “damaging and rationally leads policy makers to put off making the kinds of expenditures that would be required to make the transition.”