Home » U.S. Will Back Miners to Stop China's Weaponization of Battery Metals

U.S. Will Back Miners to Stop China's Weaponization of Battery Metals

Developers of battery metals projects can win support from the U.S. government as it seeks to counter the dominance of China in clean-technology supply chains, Energy Secretary Jennifer Granholm said.

Nations including the U.S. have raised concerns over the global concentration of refining and production capacity for key materials like lithium, rare earths and cobalt, prompting President Joe Biden to invoke the 1950 Defense Production Act to encourage domestic production.

“Our concern is that critical minerals could be vulnerable to manipulation, as we’ve seen in other areas, or weaponization,” Granholm said Wednesday in a meeting in Sydney with companies including BHP Group, Rio Tinto Group and Lynas Corp. “We are very serious about establishing strong relationships with Australia, and with you and with your potential customers for offtake.” 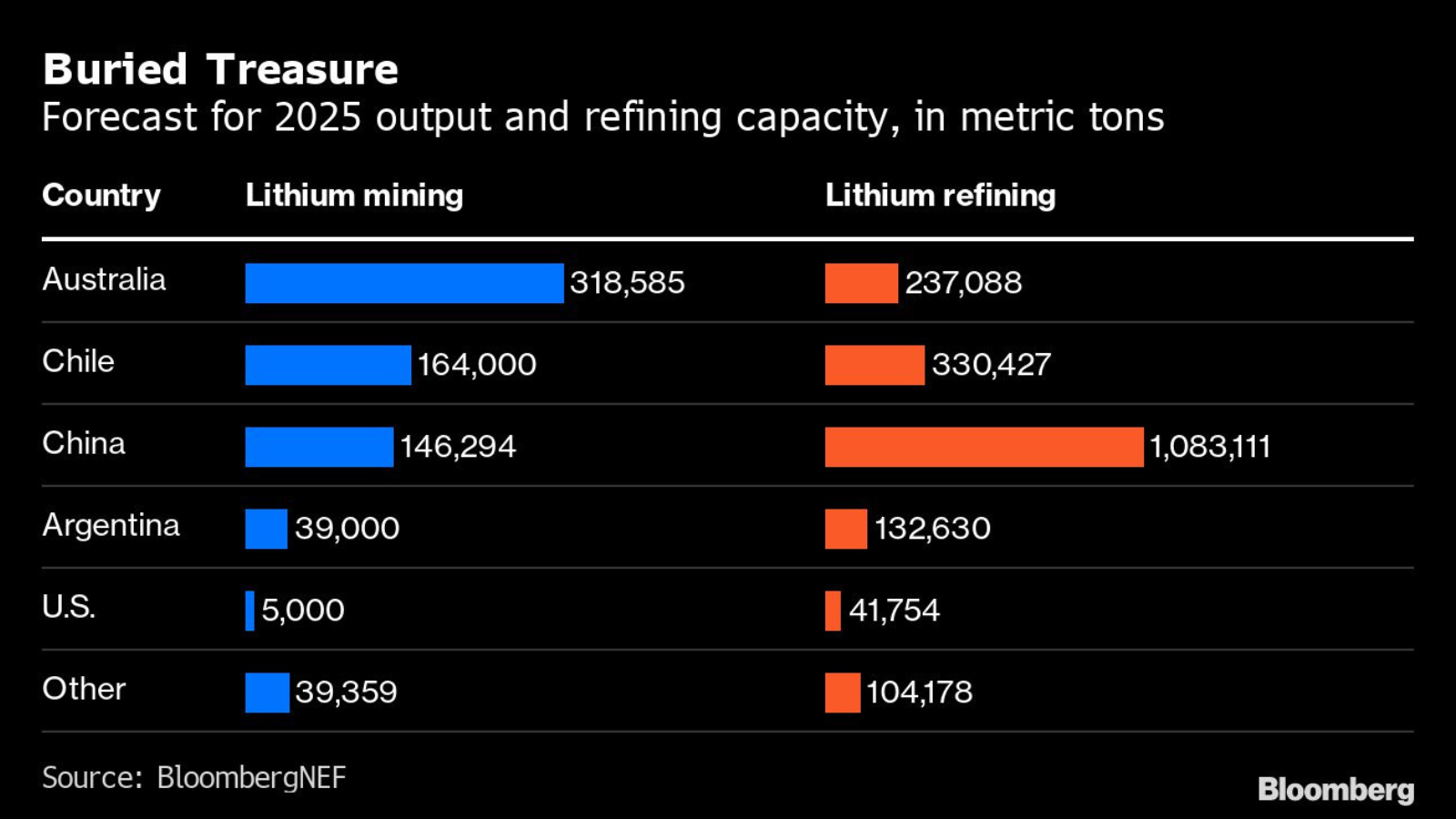 Producers in nations including Australia can also access support through agencies including the Department of Energy’s loan programs office, Granholm said at the Wednesday meeting.

China accounts for almost three-quarters of manufacturing capacity for lithium-ion batteries needed for electric vehicles and renewables energy storage, and dominates steps throughout the supply chain, including the processing of a suite of key metals. The nation is also the world’s dominant supplier of solar power equipment, and is seeking to build out its market share in the emerging clean hydrogen sector.

Syrah Resources Ltd., a Melbourne-based graphite producer with facilities in Mozambique and Louisiana, in April won a $107 million commitment from the loan programs office. Rare earths producer Lynas Rare Earths Ltd. in June signed a contract with the U.S. Department of Defense to establish a plant in Texas.