The synapses are sizzling in the Lawrence, Kansas, metropolitan area. The home of the University of Kansas climbed into the top 20 communities in the Bloomberg Brain Concentration Index — advancing by 33 spots over the past three years.

The bigger picture: smaller hubs are thriving too. America’s high-tech workers may still gravitate to the obvious spots, like Silicon Valley or the home of federal funding, Washington D.C. But behind them are plenty of regional college towns attracting workers in science, technology, engineering and mathematics. They rank among the bigger gainers on this year’s index, which tracks the highest density areas of so-called STEM workers, among other metrics.

In No. 19 Lawrence, the economic development agency cites the region’s “youthful energy generated by a university population of more than 30,000” as well as its proximity to Kansas City among its strengths.

Columbus, home of the main campus of Ohio State University, has risen 12 spots in the past three years on the concentration index — finally cracking the Top 50. Charlottesville, location of the state’s flagship University of Virginia, has moved into the Top 10, rising three positions from 2016.

An academic pedigree isn’t a guarantee for regional success, though. The Blacksburg, Virginia area, home to the Virginia Tech, has been losing workers, based on the parallel Bloomberg Brain Drain Index. It’s No. 26 on that tally.

The Bloomberg Brain Drain Index tracks the hemorrhage of white-collar jobs and advanced-degree holders and the decline of STEM pay.

One possible explanation: Southwest Virginia — once ruled by King Coal — is one of the poorest, remote regions of the state. In the Blacksburg-Christiansburg-Radford metro area the poverty rate stood at 22.5% in 2018 versus 10.7% for all of Virginia, according to U.S. Census Bureau data.

That said Blacksburg is anything but a technology desert with established and emerging firms calling it home, including a division of Moog Inc., which manufactures motion control and components and systems.

Blacksburg isn’t alone. Tallahassee, Florida, which features Florida State University, is No. 36 on the Brain Drain Index while Lubbock, Texas, home of Texas Tech, ranks No. 37. 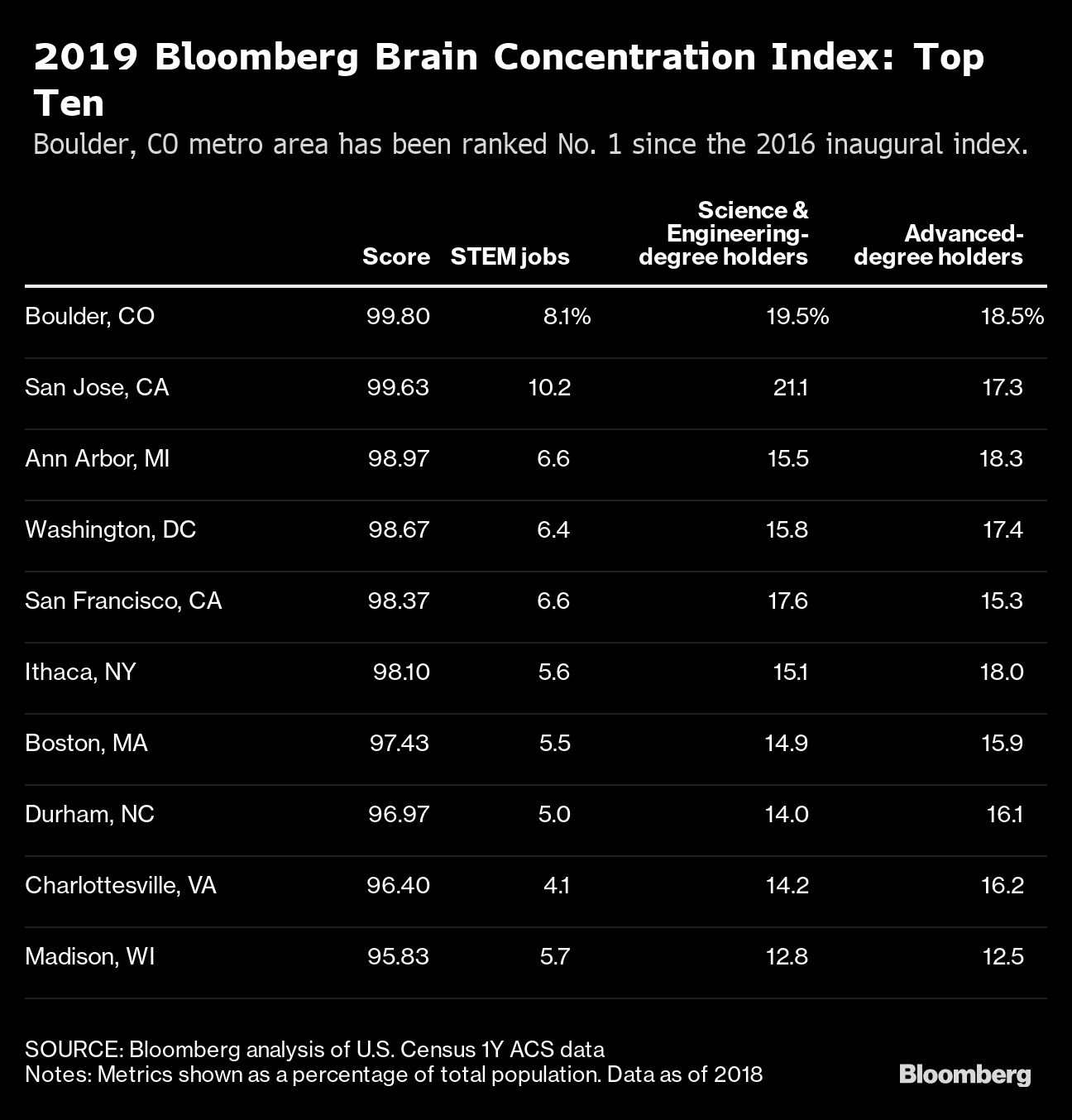 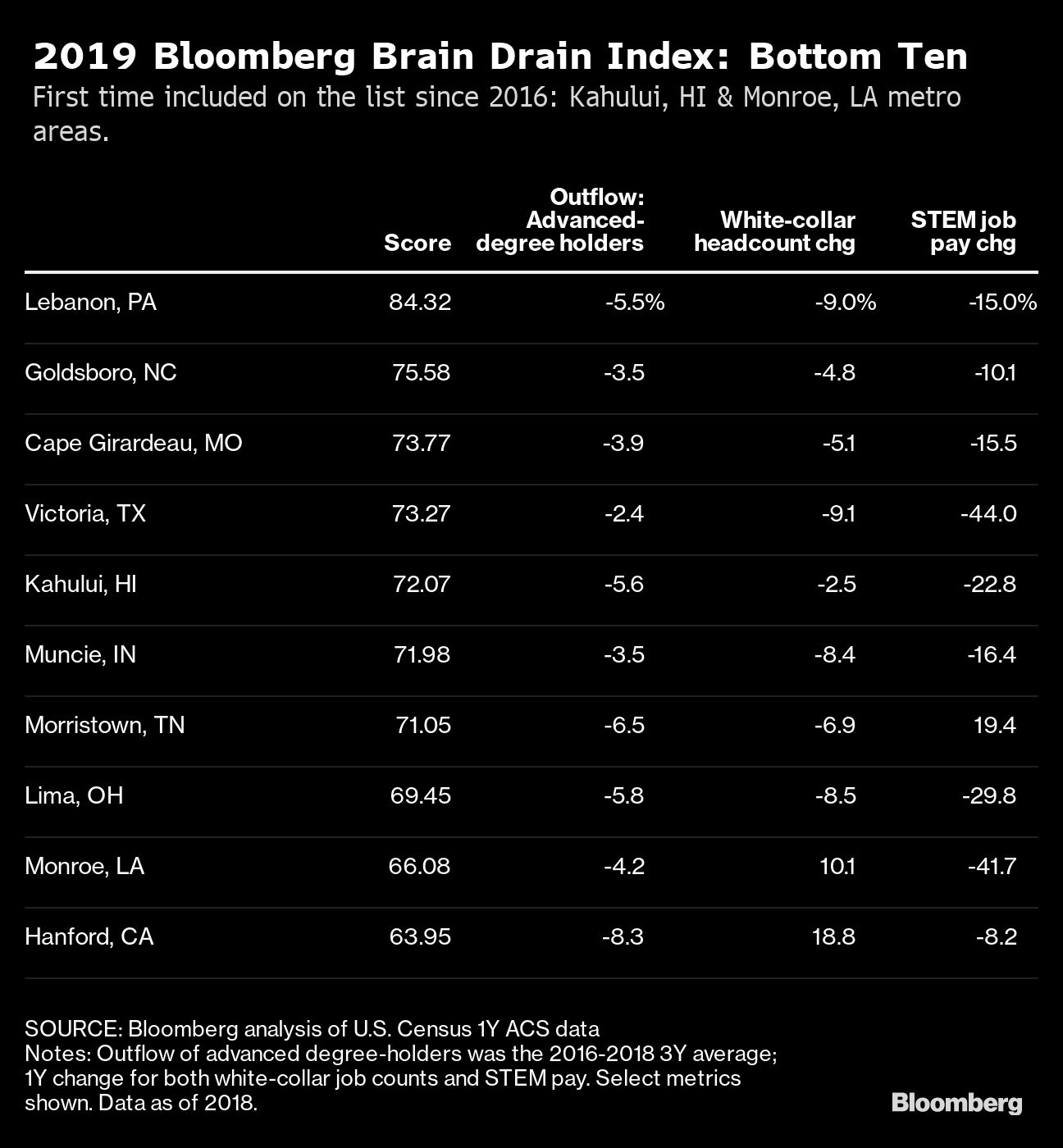