While much of Corporate America scrambled to adjust COVID-19 policies this summer in response to a surge of cases, Amazon.com Inc. was dismantling its coronavirus testing sites. Sequestered corners of warehouses and conference rooms where, just a few weeks ago employees were performing nasal swabs, are now blocked off or cleared of equipment.

This may seem counterintuitive as the delta variant rips through many of the states where Amazon has warehouses. But the company says employees have plenty of other ways to get tested. Amazon, employees say, has been loath to make the tests compulsory for fear of alienating the Covid skeptics in its ranks. The same has held true for forcing workers to get vaccinated.

That in a nutshell is the quandary facing America’s second-largest private employer: how to keep its facilities Covid-free without sparking a mutiny among workers who are desperately needed to keep operations running amid a tight labor market and strong online demand. The company was known for high turnover among frontline workers even during the best of times. Now, with jobs abundant, warehouse employees have more options.

“A lot of the associates do not want to be forced to get something,” said a manager at an East Coast warehouse. If Amazon rolled out a vaccine mandate, “it wouldn’t go over well. They’d lose a lot of employees if they do that.”

Many of the workers at her facility are unvaccinated, said the manager, who spoke on the condition of anonymity because she wasn’t allowed to speak to the media. She said many of these workers comply with company guidance to wear masks if they haven’t had the jab. But some unvaccinated employees also occasionally walk around maskless.

The rapid advance of the more-transmissible delta variant has sparked a reassessment of safety protocols at big companies. In the last week, Facebook Inc., Google and Microsoft Corp. said employees at their campuses must be vaccinated, Apple Inc. delayed its return-to-office plans, and Walmart Inc. ordered workers at its thousands of stores to wear masks, regardless of vaccination status.

Amazon has so far held to its prior plans, which include a gradual loosening of safety restrictions for the several hundred thousand workers in warehouses and a return of most of the company’s office workers for at least three days a week beginning in September. The company could follow Walmart with some kind of mask mandate for its hourly workers. But there was no sign such a plan was on the table during an earnings conference call last week, when Chief Financial Officer Brian Olsavsky told reporters the company was monitoring local outbreaks and would adjust policies accordingly but had stopped short of requiring vaccination for its workers. He said the company’s priority is to get its employees vaccinated, and Amazon’s logistics group continues to sponsor on-site vaccination clinics for workers. 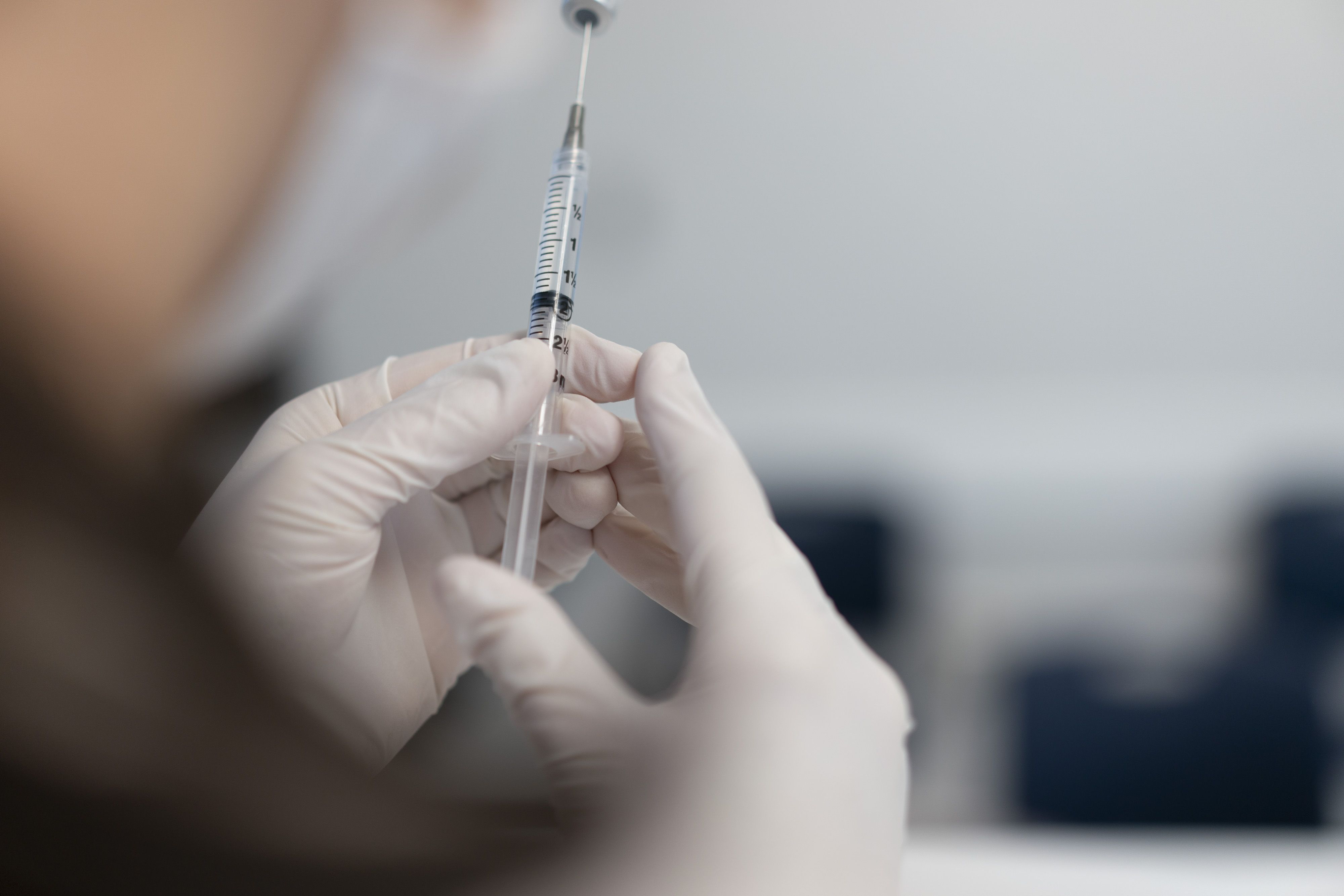 Big employers like Amazon and Walmart are in a “brutal war for frontline workers,” which makes it impossible to demand workers get vaccinated and keep stores and warehouses open, said Kirthi Kalyanam, director of the retail management institute at Santa Clara University. It’s too easy for workers who don’t want to be vaccinated to quit and find another job with a less strict employer or a gig-job like DoorDash.

Vaccination rates are also lower with workers with lower education levels, a labor pool on which Walmart and Amazon rely, he said. Walmart, the largest private U.S. employer, last week said corporate staff must get vaccinated and that store and warehouse employees must resume wearing masks at work. Kalyanam said that mandating vaccines among leadership to set an example and then encouraging it at the worker level, is a reasonable approach.

“If the president of the United States and Centers for Disease Control are telling everyone to get vaccinated and people still aren’t doing it, an employer isn’t going to make a difference,” he said. “There’s no way for anyone to mandate this. You’ll lose your labor force and business will grind to a halt.”

“We’re working hard to protect our team — making it easy to get vaccines, requiring masks for people who aren’t vaccinated and continuing social distancing where appropriate,” said Amazon spokesperson Kelly Nantel. “Vaccines are the path out of this pandemic, and we’ve held more than 1,100 free vaccine events, administered close to 200,000 shots on-site, offered payments to employees who get vaccinated whether on-site or off and provided ongoing education and promotions to encourage all employees to get vaccinated.”

After COVID-19 was detected around Amazon’s Seattle headquarters in March 2020, Amazon sent its office staffers home. For warehouse workers who don’t have the luxury of remote work, the company for a time said those worried about their safety could miss shifts without penalty.

Absenteeism surged immediately, even in areas where COVID-19 had yet to be detected, according to someone familiar with Amazon’s response to the crisis. Warehouse managers inundated headquarters with requests to divert orders to other warehouses, which were themselves experiencing the same shortage of workers. The company’s vaunted logistics machine quickly broke down. Shipping times ballooned from days to weeks.

Amazon got things back on track with an unprecedented hiring spree, bringing on hundreds of thousands of new workers and opening hundreds of new facilities. But keeping the new hires coming has grown more difficult as the economy picks up and many employers raise wages and offer bonuses to lure back workers they shed during lockdowns.

As Covid cases plunged in the U.S. this spring, Amazon started to chart a course for normalcy in its warehouses, which had been operating on a crisis footing for more than a year.

Amazon in May started letting employees who showed proof of vaccination take off their masks at work. The vaccinated receive stickers noting their status, so staffers charged with enforcing mask requirements can easily identify those who should still be covering their nose and mouth. That has fueled tension in some facilities, where some unvaccinated employees say they feel the company is singling them out, four warehouse workers said in interviews.

“That is nobody’s business,” said one worker, who requested anonymity in saying he’s unvaccinated and has had COVID-19. “No one deserves to know about my medical history.” 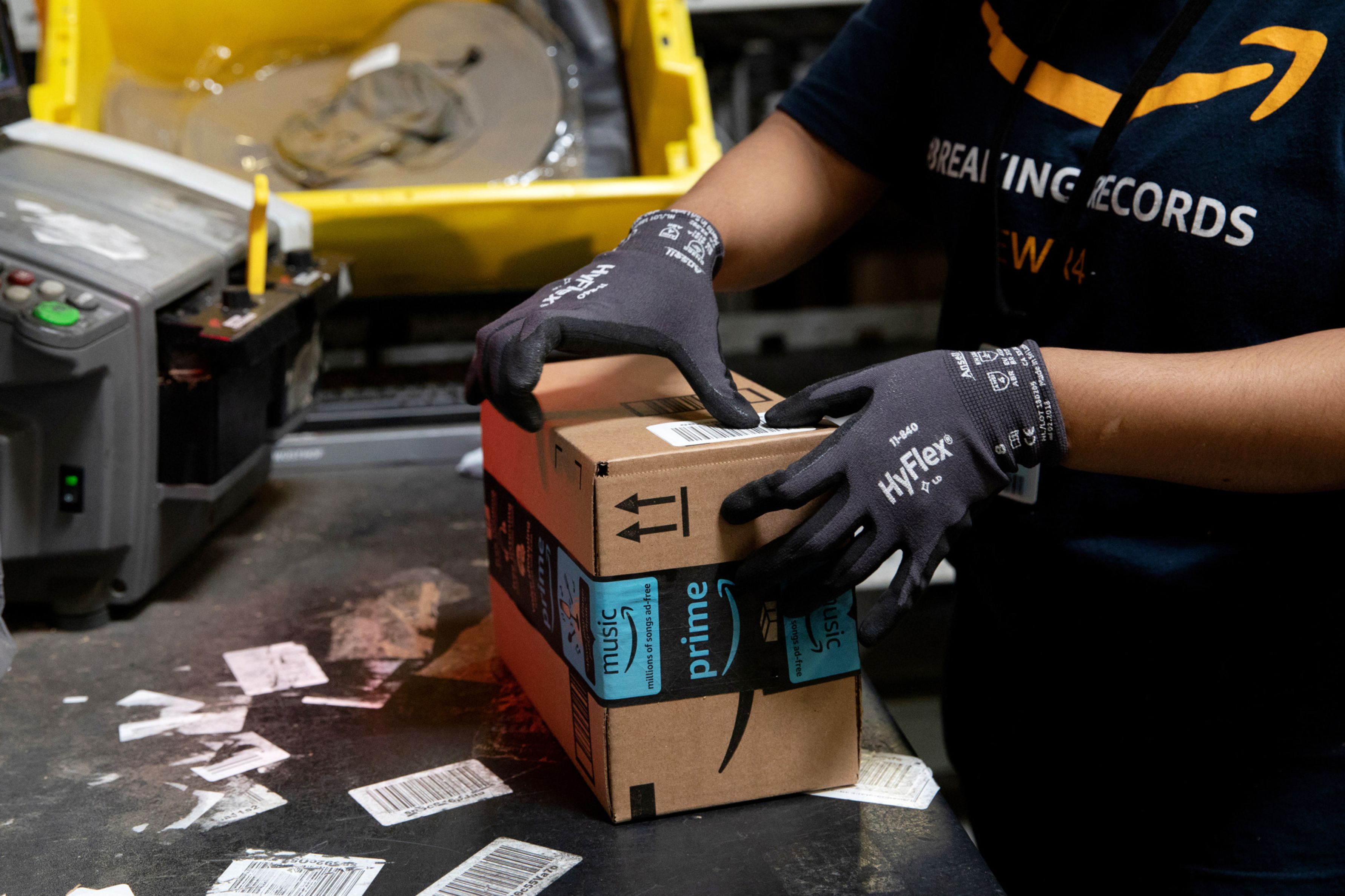 Amazon, which has been collecting fine-grained data about the prevalence of the respiratory disease in its ranks, has a detailed view of vaccination rates among employees, and in the areas where its workers live, down to the zip code. NBC News reported last month that some Amazon warehouses were seeing a rise in Covid cases, mirroring the surge in some cities.

Still, Amazon has continued to relax earlier guidelines it had instituted to keep people from congregating.

Barriers in bathrooms and break rooms have come down. Amazon stopped enforcing some social distancing measures in warehouse corridors, and shifts that used to be staggered to keep people from bunching up at security gates now have dozens or hundreds of employees arriving and departing at once.

In recent weeks, Amazon stopped performing temperature checks on arriving employees. In one Nevada warehouse, the area that used to host kiosks for self-administered COVID-19 tests is now being used as a storage area for safety equipment.

“They’ve almost completely rolled back all Covid-related changes,” said a worker at a Connecticut facility, who said she’s vaccinated but worried about spreading the virus to unvaccinated relatives. “Vaccinated people can still spread it to others, so I do wish they were still being cautious.”

In areas where local rules require masking for vaccinated people indoors, Amazon complies. Some warehouse workers say that the split between company-wide and regional mandates has created confusion, with employees receiving all-employee guidance that is sometimes quickly countermanded by text messages or notices from on-site HR staffers.

Amazon prefers to roll out broad policies that apply to most or all frontline workers and is attuned to the risk of taking a Walmart-style approach that sets different standards for corporate and logistics, said a person familiar with the company’s debate about Covid mandates. “They see the PR risk in saying ‘Oh, we’re going to make it mandatory for corporate, but not warehouses,’” the person said. “They are in a hard spot because they have a huge tech contingent, plus a warehouse contingent. It’s a tough question to answer if you want to do one thing for everybody.”

A poster distributed to Amazon warehouses urges employees to get the vaccine, describing how the shots help the body fight off the virus. Below that, the notice says: “The return to normal is coming.”