European leaders talking up plans to wean the continent off Russian natural gas are facing a harsh reality: energy companies are buying more as the war rages in Ukraine.

Russian shipments through pipelines crossing Ukraine have surged to near the maximum level allowed under the transit contract, while some gas has started to flow again into Germany via a key pipeline running through Belarus and Poland. The increase in purchases comes as European politicians are discussing how to retool energy policy in the wake of Russia’s invasion.

“The events of the last few days and weeks have shown us that a responsible, forward-looking energy policy is not only crucial for our economy and our climate. But also crucial for our security,” Scholz told the parliament in Berlin on Sunday. “We will change course in order to overcome our import dependency on individual energy suppliers.”

Western nations are ratcheting up pressure on Moscow, agreeing to impose new sanctions to further isolate Russia’s economy and its financial system after initial penalties failed to persuade President Vladimir Putin to withdraw forces from Ukraine. But the decision to penalize Russia’s central bank and exclude some lenders from the SWIFT messaging system — used for trillions of dollars worth of transactions around the world — excludes energy.

While some electricity producers have started to halt purchases of a few Russian commodities for their power plants in a largely symbolic move, new orders for gas show no signs of abating. Orsted AS, the world’s top offshore wind developer, said on Sunday it had stopped buying Russian coal and biomass for its power stations. It’s also stopped signing any new contracts with Russian firms, but when it comes to gas, Orsted said any decision needs to be made by the European Union at the political level.

“Shortfalls in gas supplies will, as opposed to stopping supply of other types of products, have severe human and societal consequences and therefore need to be coordinated at EU and national levels rather than decided by individual companies,” Mads Nipper, Chief Executive Officer of Denmark’s Orsted AS, said Sunday. “Therefore, the dependency on Russian gas and any ban on import of gas from Russia need to be decided and enforced by clear political sanctions.”

European Union energy ministers are meeting on Monday to discuss the bloc’s energy security. There are concerns sanctions could impact the flow of gas to Europe, or that Russia could decide to cut shipments in retaliation. 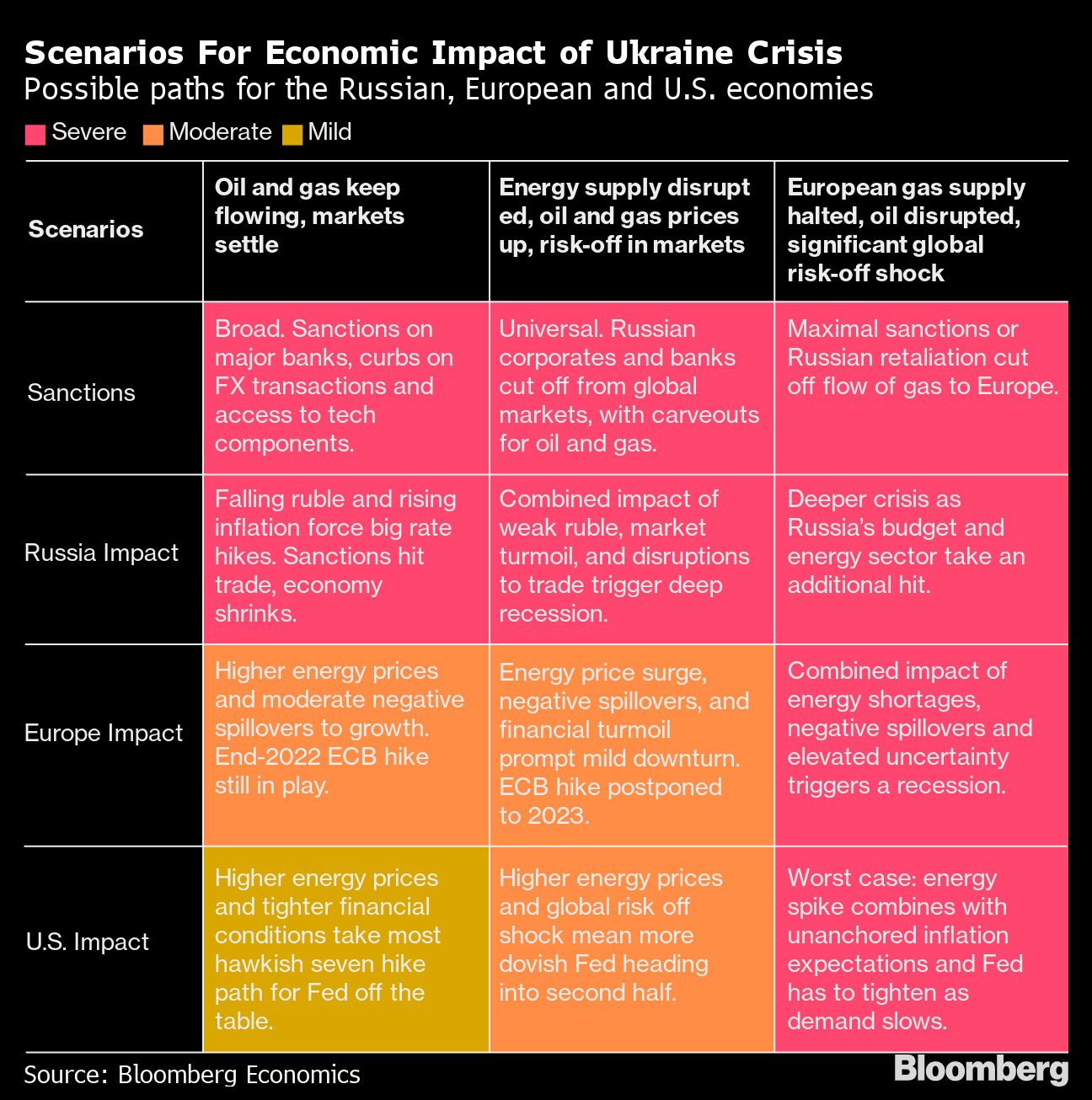 Russian gas orders started to surge the very same day of invasion. Europe’s top energy companies rushed to buy because there were concerns supplies would get disrupted. But more importantly, the 62% rally that day meant Russian fuel under long-term contracts became cheaper than buying at European hubs, according to BloombergNEF and BCS Global Markets analysts.

Volumes of gas crossing Ukraine remain high after hitting the limit in Russia’s gas-transit contract of almost 109.6 million cubic meters per day on Friday, while some extra supplies were sent to Germany overnight on Friday and Saturday via the Yamal-Europe pipeline, which had been halted for more than two months. Gazprom PJSC had previously justified the absence of flows by saying there had been no requests from European buyers.

Politicians are concerned about Europe’s deep dependency on Russian energy. Germany, which relies on Russia for more than 50% of its gas, said it would move “quickly” to build two LNG terminals. Berlin is also set to create reserves of coal for power-plant operators, and is planning to force energy companies to store gas before the winter to ensure security of supply.

Italy said it will work to streamline the approval process for new green energy sites. The country is also preparing “exceptional” measures to boost the incentive to store gas given potential risks to supplies, a move that comes on top of national storage requirements. Poland has called for shutting down the Nord Stream pipeline to Germany, which runs parallel to the second link currently shelved.